* Civil, military leadership decides to activate NACTA to effectively counter terrorism
* Foolproof security of projects under CPEC will be ensured 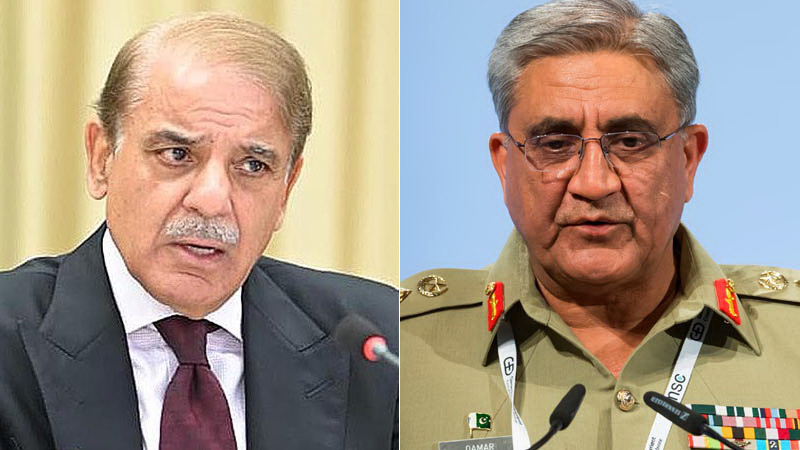 The National Security Committee (NSC) on Friday reviewed the overall law and order situation in the country, and vowed to ensure the security of people’s lives and property at every cost.

The meeting presided over by Prime Minister Shehbaz Sharif was attended by federal ministers, services chiefs, heads of intelligence agencies and senior officials.

According to a statement issued by the PM’s Media Wing, the officials concerned briefed the NSC on the peace and security situation in the country. The attendees appreciated the role of all law enforcement institutions, including Pakistan Army, Rangers and police for establishing law and order, and for security and defence of the country, and also paid tribute to the martyred officers and jawans for the sacred cause.

The participants saluted the families of the martyred and acknowledged that the martyred wrote great tales of bravery and courage, with their sacrifices.

They reiterated the pledge that the sacrifices of martyrs would not be allowed to go waste. The meeting declared that the nation and the state institutions were united, and had the same voice for protecting the life and property of the citizens, defence of the territorial integrity of Pakistan, rule of constitution and law, and for enforcing the writ of the state.

The whole nation was united with the clarity of mind on the above objectives, whose achievement would be ensured at every cost, the NSC pledged. The meeting reviewed the incidents that undermined the law and order in different parts of the country, including Swat, condoled with the affected families, and prayed for the departed souls.

The leadership made it clear that the blood of every Pakistan was very precious and the law would strictly deal with every person involved in shedding the blood. “Our citizens rendered exemplary sacrifices and played a historic role along with the brave forces in the war against terrorism.”

The meeting decided to form a federal level apex committee headed by the prime minister. It was decided to activate the National Counter Terrorism Authority (NACTA), which would work together with the Counter Terrorism Departments at the provincial level. It was also decided to again make functional the system at the federal and provincial levels for countering terrorism. The counter terrorism system would be reviewed and steps would be identified so that the system could be made more effective. This system would closely monitor the situation and bring improvement in the counter terrorism activities.

The NSC also approved effective steps to make the security of projects of China Pakistan Economic Corridor (CPEC) foolproof. In that connection, NACTA would act as a coordinator and the provinces would implement the counter terrorism plans. It was decided in the meeting that the counter terrorism system would be equipped with modern technology, with required upgradations. In this connection, availability of resources would be ensured and steps would also be taken for ramping up capabilities. Member of the National Assembly Mohsin Dawar and Awami National Party leader Mian Iftikhar Hussain also attended the meeting.