Not bias but rationale behind returning govt legislation: Baligh 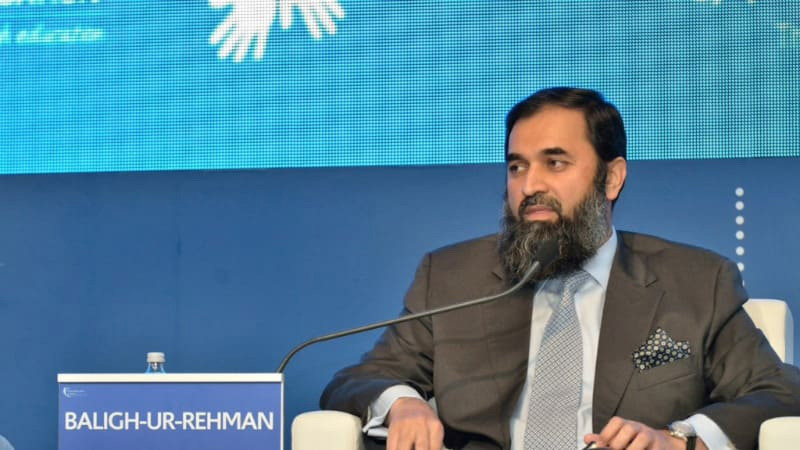 Governor Punjab Muhammad Balighur Rehman has said that the governor’s office did not have any bias but certain government legislation was returned on a rationale and in public interest to rectify mistakes as the proposed drafts had some lacunas and lacked codal formalities.

In an interview with APP here on Sunday, Governor Punjab spoke at length about his good intentions towards discharging official business and duty to protect people’s rights and uphold the constitution. He also dilated on appointment of vice chancellors and initiatives to fight climate change.

Governor Punjab Muhammad Balighur Rehman, to a query, said 90 percent of the daily business gets his assent the same day and the propaganda of not signing the bills was ill-founded, adding that scores of bills were assented forthwith in public interest.

‘ Opinion of the law ministry, the concerned ministry and the cabinet must be sought before a bill is routed to the governor’s office for the nod but the practice has been abandoned since 2021 and bills are forwarded to the Governor’s office directly,’ Balighur Rehman said.

On the shortcomings in the recently passed bills by the government, he said the bills like the RUDA, Local Government and Punjab Commission on the Status of Women were few examples where the government was advised to reconsider the shortcomings. The Ravi Urban Development Authority (RUDA) Bill was returned without approval as its Board did not include a single woman,while the law required that a board must give five percent representation to women.

Similarly, the government did not elaborate on the perks of the Chairperson, Punjab Commission on the Status of Women in the Bill and the salary package of MP1 status was removed from the previous draft. The absence of salary package created ambiguity. The bill was returned and the government was asked to clearly mention the salary scale so that nobody gets undue benefits in future.

He said the Punjab Local Government (Amendment) bill has blurred the rural and urban divide in the province while it also ignored seniority of officers in appointments in the department, adding that the governor’s office pointed out the errors and asked the government to rectify.

The governor also made a mention of returning a bill with the suggestion that the cabinet should be empowered to constitute a Board rather the Chief Minister taking the decisions on his own.

To another query, Muhammad Balighur Rehman regretted that the government did not reciprocate the good intentions of his office, adding that the ruling party members make merry that the bill became a law without governor’s signatures since the rules allow adoption of a bill after 20-25 days if not signed by the governor.

On his initiatives on climate change, Governor Punjab Muhammad Balighur Rehman said ‘I had floated the idea of fighting climate change in universities long before the flash floods hit Pakistan’, adding that there was need to mobilize the academia in this regard.

Referring to a recent Vice Chancellors’ conference in Murree, he said the vice chancellors of the universities have been given the target to come up with short-term and long-term solutions on climate challenge, adding that the University of Veterinary and Animal Sciences (UVAS) has the best climate change experts.

Governor Punjab said there was need for the universities to offer market-driven course to keep pace with the modern world, adding that the world faced the dearth of semi-conductors during the novel coronavirus (Covid 19) pandemic, adding that only China and few other countries provided for the needs.

On the appointment of vice chancellors in public sector universities, the governor stressed the need of regular appointees against key posts in universities, adding that in case of retirement, a vice chancellor will be given a six month with another three-month extension, if needed, and, in case, no regular appointee is selected, a new person will be posted on ‘Acting Charge Basis’.