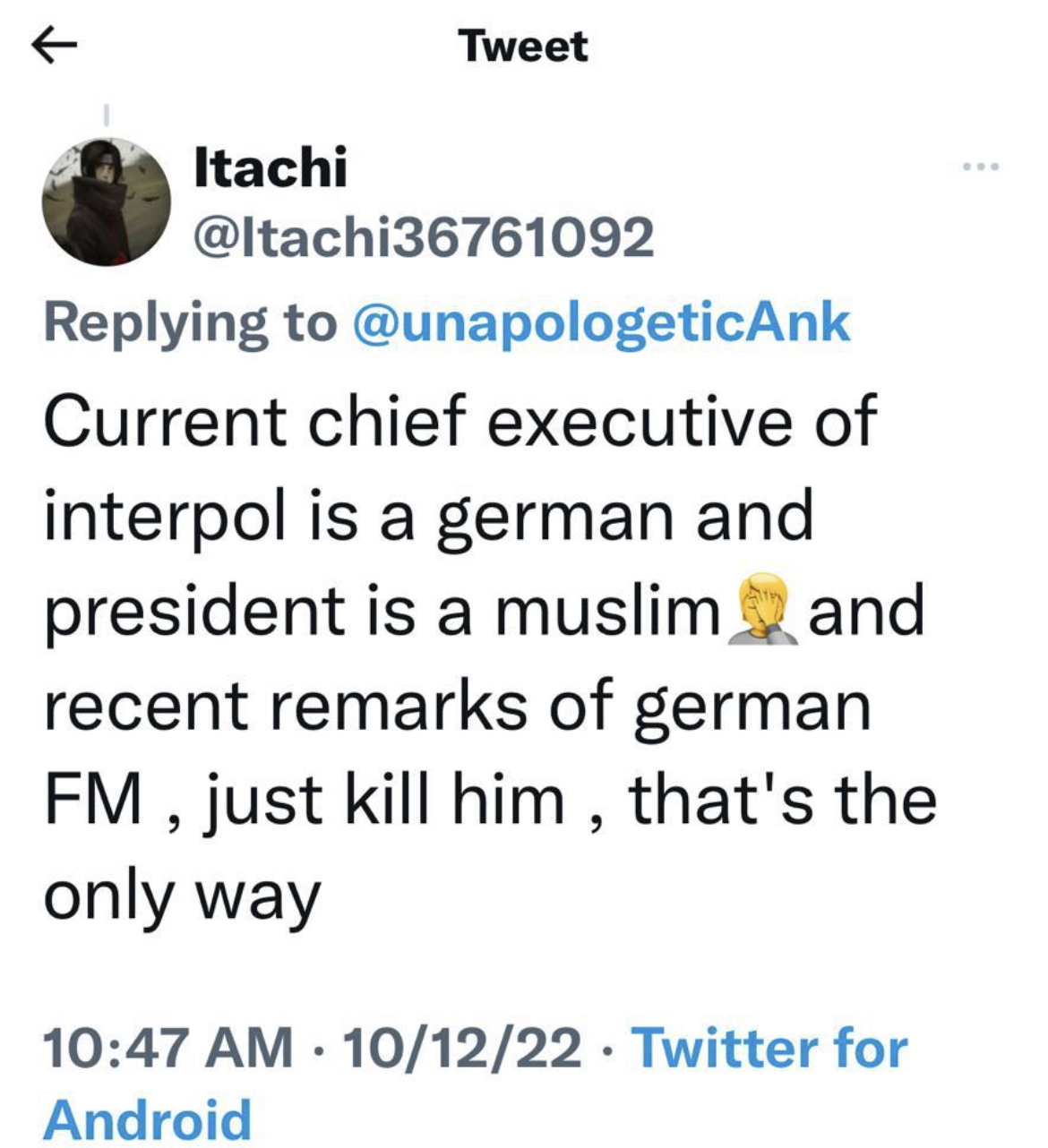 In a glaring example of resorting to use of mercenaries to eliminate political dissent, a Twitter user by the name of Santosh Gavaskar (@santoshgavaskar) urged India’s National Security Advisor (NSA) Ajit Doval to “Finish him (Pannun) off” in the national Indian interest. Guraptwant Singh Pannun is General Counsel of Sikhs For Justice and he is spearheading the global Khalistan Referendum campaign which has attracted tens of thousands of Sikhs to the cause of Khalistan. 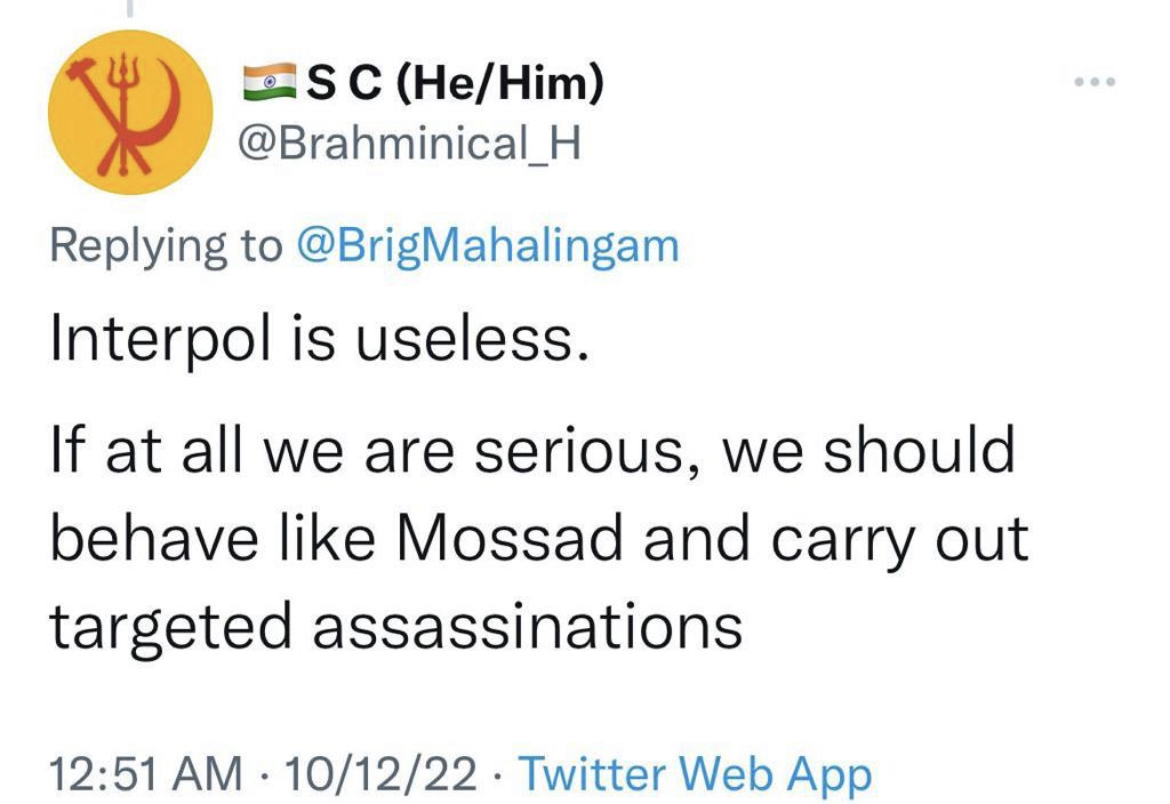 The calls to kill the Khalistani leader were made within hours after the news was broken on Indian and Pakistani media that the Interpol has rejected Indian Red Notice request for Gurpatwant Singh Pannun, telling India that it didn’t provide any evidence to show that the New York attorney was involved in any kind of terrorism or violence.

Calls to kill were made by several Hindutva-linked accounts. 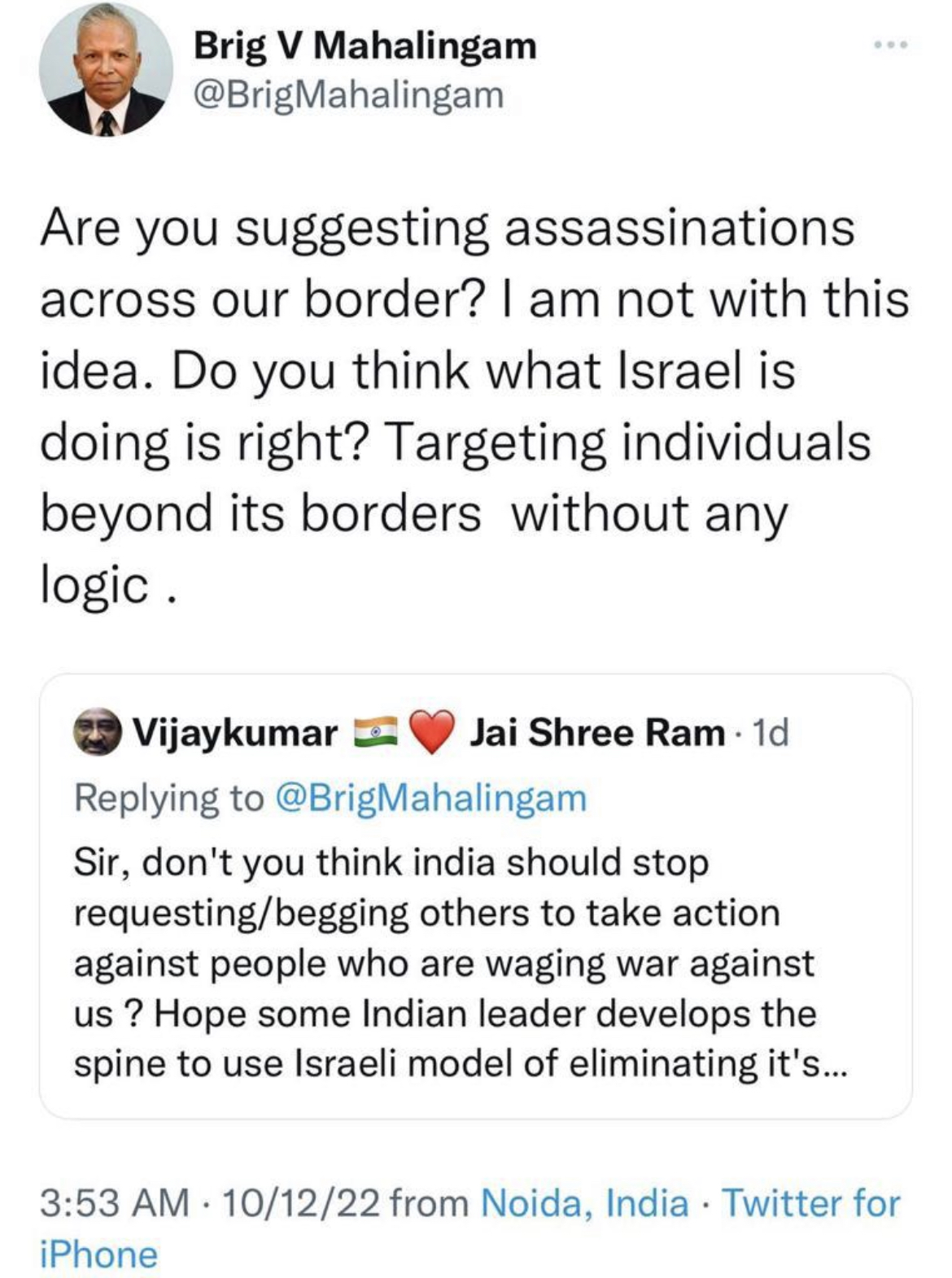 “Sir, don’t you think India should stop requesting/begging others to take action against people who are waging war against us? Hope some Indian leader develops the spine to use Israeli Model of eliminating its enemies” asked a twitter user Vijay Kumar Jai Shri Ram (@champakali02) from Brig V Mahalingham (@brigmahalingam), a retired Army Officer and a Defense Analyst, who tweeted the news about Red Corner Notice denial by the Interpol.

Another user S C tweeting with the handle @brahminical-h under the same thread said “Interpol is useless. If at all we are serious, we should behave like Mosad and carry out targeted assassinations”.

Responding to the suggestions of assassinating Pannun, Brig Mahalingam in his reply tweet stated: “Are you suggesting assassination across our border? I am not with this idea? Do you think what Israel is doing is right? Targeting individuals beyond its borders without any logic”.

The retired Indian Army officer’s response while rejecting the idea of cross border mercenary operation hints at domestic use of assassination of political opponents as acceptable.

One user Moses (@3rqfw5ih2yobg9i) advised the Indian govt to “activate your apparatus” and stop reaching out to Interpol.

Olladeen 2.0 (@chillpillpandey) said “Direct uda do b..c ko (carry out a direct hit on him).

Under a tweet posted by @thelegateIN, several users called for the assassination of Mr Pannun and urged the Indian govt to kill him by all means possible and stop requesting for notices.

India had requested the Interpol to locate and detain Pannun until his extradition and surrender to India or other legal action. An RCR is an international document issued by Interpol against wanted persons, requesting law enforcement agencies around the world to trace the person and take him in custody.
The Interpol Commission – made up of four members from US, UK, Lebanon and Morocco – rejected the Indian request for a Red Notice against Mr Gurpatwant Singh Pannun, finding that the Indian allegations were essentially political or religious and lacked evidence of any crime.

This means that India will not be allowed to use the Interpol system to generate Red Notices requesting the arrest and extradition of Mr Pannun for his legitimate human rights and separatist activities including the Khalistan Referendum campaign that he has been running.
The Interpol Commission’s decision represents an important recognition of the legality of the Referendum 2020 campaign and supports the freedom of expression for Sikhs to promote an independent Khalistan so long as it continues to be done through peaceful and democratic means. 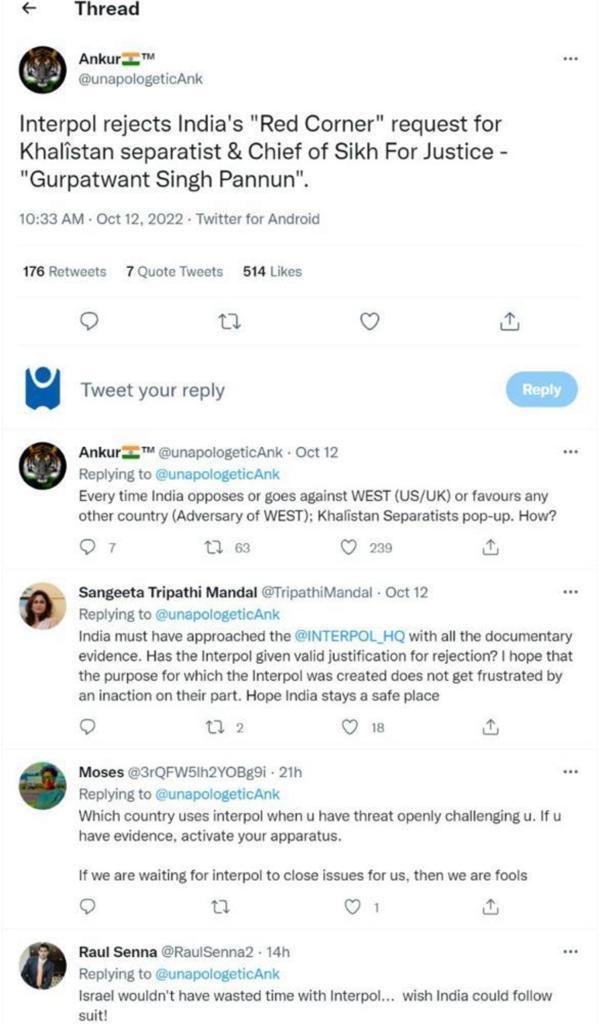 The Interpol acknowledged that Pannun is a “high-profile Sikh separatist” and that SFJ is a group that calls for an independent Khalistan.
In its decision, Interpol also rejected India’s allegation that Pannun and SFJ are “exploiting the right to free speech available in the western democracies to its citizens”.