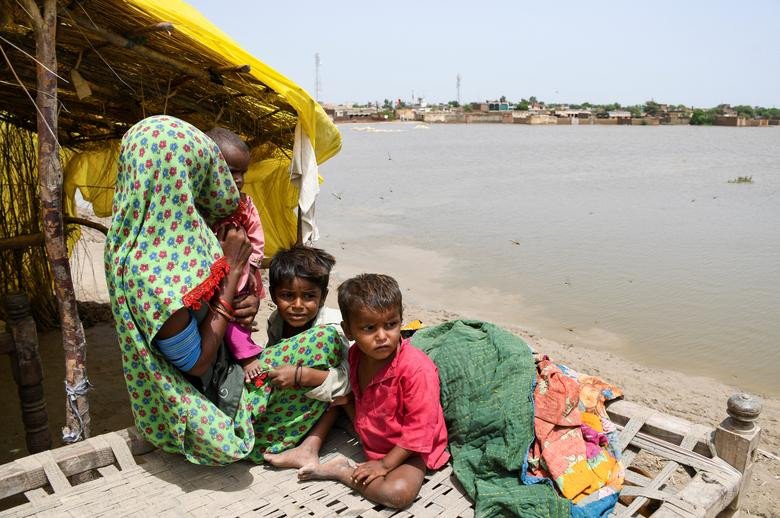 The United Kingdom (UK) will give an additional £10 million of life-saving humanitarian support for Pakistan’s flood relief efforts.

The additional humanitarian aid was announced by Lord Tariq Ahmad of Wimbledon, UK Minister of State for South Asia (FCDO), during his visit to Pakistan.

Today the 🇬🇧 announces further assistance of £10m for #FloodRelief in 🇵🇰 taking the total aid to £26.5 million. We are #EkSaath during this tough times 👇 https://t.co/mUSTSZCCN6

Out of the total aid from the UK, £21.5m has been allotted to the relief efforts in the areas worst hit by the flooding. The remaining £5m will go directly to the Disasters Emergency Committee (DEC) Pakistan Floods Appeal.

The extra support will be spent on urgent life-saving needs such as providing shelter, water, and sanitation to prevent waterborne diseases. It will focus on supporting people who are still displaced and those returning to their land by helping re-establish communal water supplies, according to a statement issued by the British High Commission Islamabad on Friday.

The UK Minister of State for South Asia, FCDO, Lord (Tariq) Ahmad of Wimbledon said, “The UK continues to help the people of Pakistan recover from the recent devastating floods. Our support will help to tackle the spread of waterborne diseases and to improve access to clean water, sanitation, medical care, and shelter across the country”.

He added, “We are working night and day with Pakistan and our international partners to ensure that UK aid reaches the hardest hit areas. As well as helping with urgent life-saving needs, the UK is supporting Pakistan’s economic recovery and resilience against future climate disasters.

He said the UK’s new Developing Countries Trading Scheme would help grow trade by giving duty-free access to 94% of goods exported from Pakistan to the UK.

During his visit to Pakistan, Lord Ahmad will meet the Prime Minister, Foreign Minister, and other government counterparts to discuss the impact of the floods, visit the areas most affected and speak with key UK-funded aid agencies on the ground in Sindh.

The Minister will also meet with key Government counterparts, community leaders, and aid agencies to discuss the response to the humanitarian crisis and long-term recovery for the country.