Katrina talks about her married life 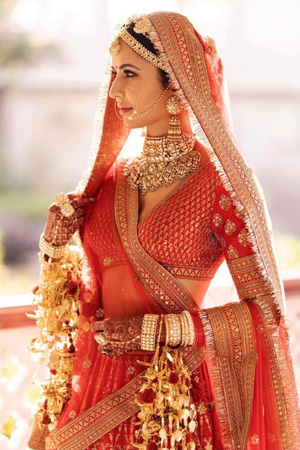 Katrina Kaif talked opens up about her married life with Vicky Kaushal, says it has been really beautiful and wonderful. The duo got married in December 2021 in Rajasthan among their close friends and family members. Kaif, while talking about her married life, stated: “Marriage is a big change in anyone’s life, you are now sharing your life with a person and you’re living together. It’s been really beautiful, it’s been really wonderful.” “He has been away a lot on shoots, as have I, so I think that’s always the thing with any two actors who are in this profession where there is constant travel, you do get less time together. But he is just a very wonderful person and I think it’s nice to have a person like that in my life, added Rajneeti actress.” Katrina appeared in an interview with PinkVilla along with Phone Bhoot co-actors Siddhant Chaturvedi and Ishaan Khattar. The three also spoke about their upcoming film.