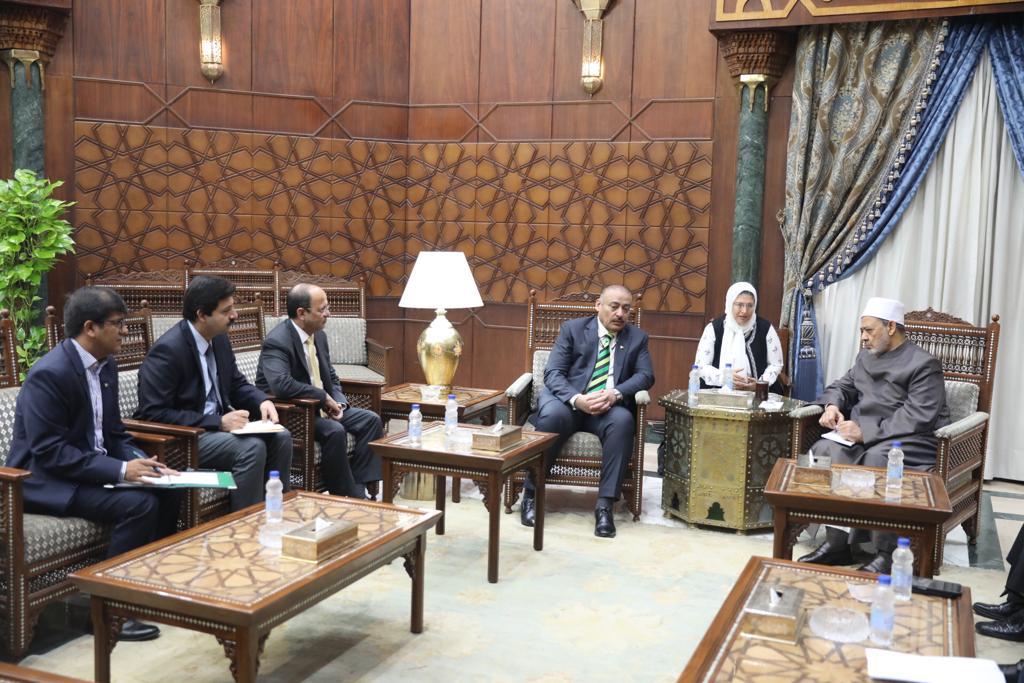 The Pakistani minister stressed that the people of Pakistan have great esteem for His Eminence the Grand Imam and his efforts in spreading the values of peace. He also expressed appreciation for the efforts of Al-Azhar and its distinguished scholars, and conveyed confidence in Al-Azhar’s moderate approach in spreading the true image of Islam. He pointed out that Al-Azhar graduates are highly regarded in Pakistan and occupy leading positions in various Pakistani institutions.

For his part, the Grand Imam Sheikh of Al-Azhar expressed his sincere condolences to the families of the victims, the government and people of Pakistan over the victims of the monsoon rains and floods; affirming the solidarity of Al-Azhar scholars and students with Pakistan in this ordeal and painful affliction. He prayed for this dear country to come out of the crisis in peace and safety, stressing the need for everyone to have faith in Allah Almighty that they will overcome this crisis.