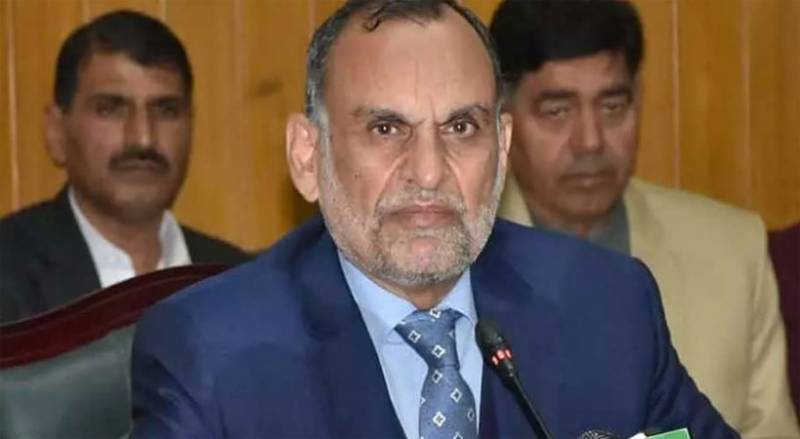 A key PTI figure and former federal minister Senator Azam Swati has been detained by the Federal Investigation Agency (FIA).

According to family sources, Azam was taken into custody by FIA agents from Chak Shahzad during a late-night raid on Thursday.

Confirming the development, Babar Awan said the government had arrested Azam in the dark of the night.

The FIA wasted no time in bringing Swati before the district and sessions court in Islamabad and requested that the former minister be physically detained for seven days. Shabbir Bhatti, a senior civil judge, nonetheless allowed physical remand for two days and ordered the FIA to present the accused at the next hearing following a thorough medical examination.

The court was informed that the FIA’s Cyber Crime Cell had taken custody of Swati. The PTI leader’s prompt medical examination was mandated by the court.

Azam was represented in court by a group that included Babar Awan, Sardar Masroof Khan, and Qaisar Jadoon. Swati informed the judge that the former minister had been detained solely for political reasons and had endured nighttime torture.

The FIA staff escorted Azam to PIMS Hospital for a medical examination while the court reserved judgement on the agency’s request for physical remand.

PTI leader and former federal minister Asad Umar responded to Azam’s arrest by denouncing it and calling for his immediate release.