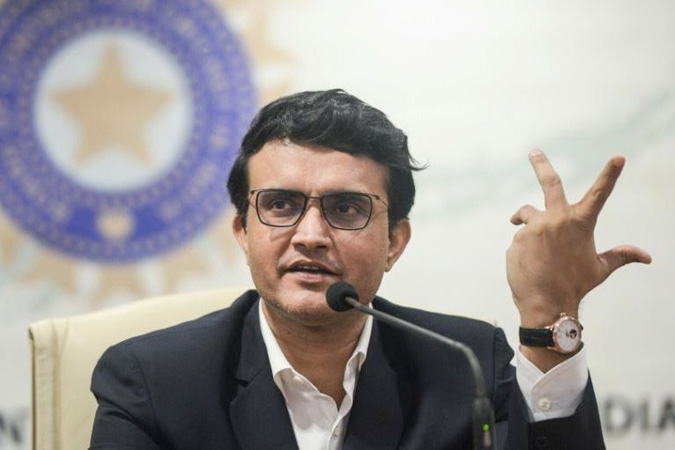 NEW DELHI: Sourav Ganguly is set to be replaced as president of Indian cricket, with the former captain’s backers claiming he has been forced out for refusing to join the ruling political party. Ganguly is widely regarded as one of the sport’s greatest captains and has been in charge of the powerful Board of Control for Cricket in India (BCCI) for the past three years. He had been widely tipped to earn a second term as president when the board holds its annual general meeting next Tuesday. But Ganguly, 50, is said to have declined to join Prime Minister Narendra Modi’s ruling Bharatiya Janata Party (BJP). This week the 1983 World Cup winner Roger Binny filed his nomination to replace Ganguly and will likely be elected unopposed next week, board vice-president Rajeev Shukla told reporters. Politicians from Ganguly’s home state of West Bengal alleged that the former batsman was forced out. It was a “political vendetta” by the government, opposition lawmaker Santanu Sen said on Twitter. “We are with you Dada!” he added, referring to Ganguly by his nickname. Ganguly’s political allegiance has been a regular source of media speculation in recent months and the country’s home minister Amit Shah visited him at home earlier this year.

India’s top court recently relaxed a rule that barred sporting officials from consecutive terms in office in the same position, opening the way for Shah’s son Jay —- the BCCI secretary —-and Ganguly to seek reappointment. The BJP have denied involvement in the board’s looming vote and accused their opponents of politicising the issue. “Sourav Ganguly is a cricketing legend. Some people are now shedding crocodile tears about the changes in BCCI,” said the party’s vice-president Dilip Ghosh. Current BCCI treasurer Arun Dhumal, younger brother of the country’s sports minister Anurag Thakur, is expected to be elected chairman of the Indian Premier League.