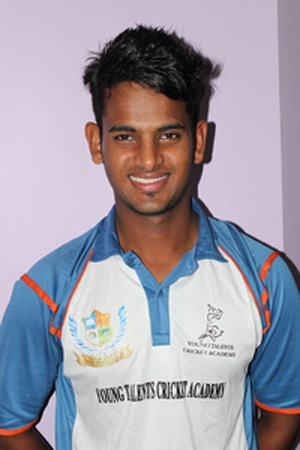 LAHORE: Mehar Chhayakar, the man linked to the corruption cases involving United Arab Emirates (UAE) cricketers in 2019, has been banned from all cricket for 14 years after an International Cricket Council (ICC) tribunal found him guilty of seven breaches of the ICC and Cricket Canada Anti-Corruption Codes. Born in India but raised in the UAE, Chhayakar was also found guilty of refusing to co-operate with, and obstructing the work of, the sport’s Anti-Corruption Unit. Chhayakar was one of four players suspended by the ICC in 2019 after being charged with breaches of the governing body’s Anti-Corruption Code. The offences for which Chhayakar was banned relate to matches during the Zimbabwe vs UAE series in April 2019, and the Global T20 Canada in 2019. “Chhayakar’s offences are linked to the previous cases of former UAE players Qadeer Khan and Gulam Shabbir,” the ICC said.” “Both Qadeer and Shabbir accepted sanctions for admitted breaches of the ICC Anti-Corruption Code relating to approaches they received from Chhayakar.” Former UAE captain Mohammad Naveed and batsman Shaiman Anwar Butt were handed eight-year bans in March 2021.

According to the ICC, Chhayakar had breached the following provisions of the ICC and Cricket Canada anti-corruption codes: Article 2.1.1 (on two separate occasions) — Fixing or contriving in any way or otherwise influencing improperly or being a party to any agreement or effort to fix or contrive in any way or otherwise influence improperly, the result, progress, conduct or any other aspect of any international match, including (without limitation) by deliberately underperforming therein. Article 2.1.4 (on two separate occasions) — Directly or indirectly soliciting, inducing, enticing, instructing, persuading, encouraging or intentionally facilitating any participant to breach any of the foregoing provisions of this Article 2.1.

“We first encountered Mehar Chhayakar through his involvement in organising a corrupt cricket tournament in Ajman, in 2018,” Alex Marshal, ICC general manager – integrity unit said in a statement. “The charges for which he has now received a lengthy ban are further examples of his continuing efforts to corrupt and damage our sport. With a ban of 14 years, the tribunal has sent a clear message to anyone intending to corrupt our game.”