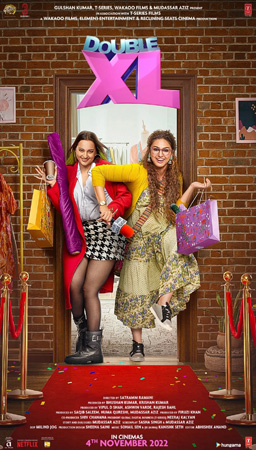 Sinha shared the trailer on her Instagram handle with the caption: “Rajshri and Saira are hungry to turn their dreams into reality. Get ready to be a part of their journey. #DoubleXL trailer out now.”

The story of the film is going to revolve around the topic of body shaming. The duo meets with barricades in their lives but eventually they figure out a way to deal with them.

Sonakshi Sinha and Huma Qureshi will be starring in the movie along with Zaheer Iqbal and Mahat Raghavendra.

Double XL is directed by Satram Ramani and produced by Bhushan Kumar and Krishan Kumar. The film is slated to release at the box office on November 4th, 2022.

As per IndiaToday, the film will be clashing at the theatres with Katrina Kaif’s film Phone Bhoot.