Javed Akhtar praises Amitabh Bachchan’s personality, says ‘it is very difficult to step in his shoes’ 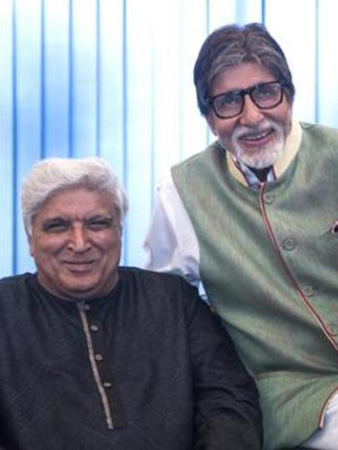 Javed Akhtar, in an exclusive interview, spoke about Amitabh Bachchan’s down-to-earth personality, says it is very difficult to step in his shoes.

Akhtar added: “It is very difficult to be Amitabh Bachchan. You have to be unbelievably talented. You also have to be exceptionally disciplined and totally focused. You have to be so sensible that in your career of so many years, you never make a wrong statement and never say anything in disgrace.”

He further went on to say: “There was a time he worked with five groups who would like to see each other dead. But he was the common factor. Everyone used to be happy with Amitabh. That showed his social abilities. His social interactions were also very decent. His discipline even at the peak of his career was unbelievable.

Javed says he knew that Amitabh will become a big star one day and that he saw that spark in him.

Kal Ho Na Ho lyricist said: “I have seen some of his films that didn’t work because of bad screenplay, story etc. but one could always see that in spite of the disaster around him, he was a volcano ready to burst any moment. In our film industry, people gaze at you by your success. If your film has not done well, you are not good which is atrocious.”