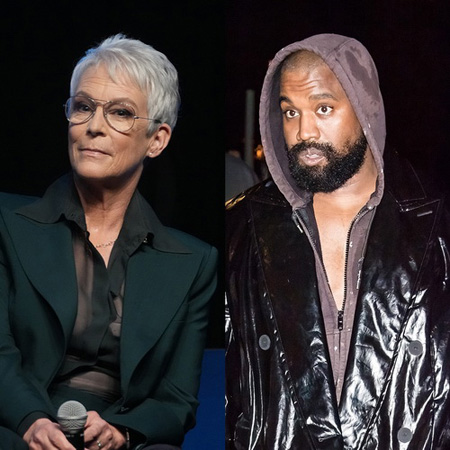 Celebrities are taking a stand against Kanye West.?In a since deleted Oct. 8 tweet, the rapper wrote that he was “going death con 3 on Jewish people,” adding that “you guys have toyed with me and tried to black ball anyone whoever opposes your agenda.” ?In response to Kanye’s statement, many spoke out to condemn the rapper, with Jamie Lee Curtis tweeting, “The holiest day in Judaism was last week. Words matter. A threat to Jewish people ended once in a genocide. Your words hurt and incite violence. You are a father. Please stop.”?Meanwhile, Sarah Silverman expressed her frustration about his statement. “Kanye threatened the Jews yesterday on twitter and it’s not even trending,” the comedian wrote Oct. 9. “Why do mostly only Jews speak up against Jewish hate? The silence is so loud.”

With an emphasis on unity, Maria Shriver also issued a statement, writing, “We all need to get onto it. Those kind of threats and that kind of language need to be condemned by all sides and all faiths. We should never get over something like this.”

This is not the first time the 45-year-old has been removed from social media. Hours before posting his tweet, Kanye’s Instagram was restricted, with Meta confirming to NBC News that content from his page was deleted for violating company policies.