‘Day of shame’ for filers of fake cases 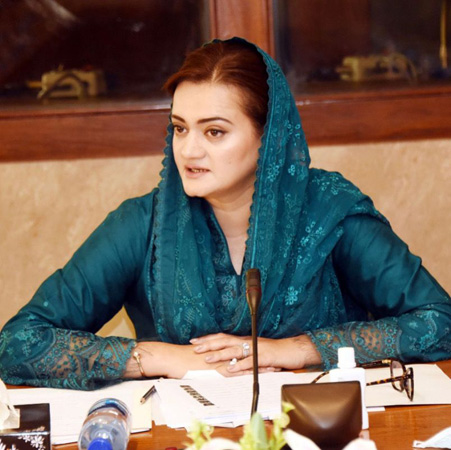 Minister for Information and Broadcasting Marriyum Auragnzeb on Wednesday, while referring to the ‘political victimization’ of the PTI government, said those who had filed false cases against the Pakistan Muslim League-Nawaz (PML-N) leadership should die of shame before issuing any statement about the acquittal of Prime Minister Shehbaz Sharif and Hamza Shehbaz in the money laundering case. “Praise be to the Almighty Allah! Shehbaz Sharif Sahib and Hamza Shehbaz have been vindicated despite the worst political victimization. The National Crime Agency of Britain has already exonerated Shehbaz Sharif of these allegations,” she said in a tweet. “The acquittal verdict stands delivered, and there is no use of crying, screaming or wailing now,” she added.

Special Assistant to Prime Minister (SAPM) Attaullah Tarar expressed gratitude to the Allah Almighty for granting victory to Prime Minister Shehbaz Sharif and his son Hamza Shehbaz in the “false, baseless, and a revenge based political case of money laundering framed by the former government of PTI.” Addressing a press conference, here, he said: “We thank Allah Almighty that the court acquitted Prime Minister Shehbaz Sharif and his son Hamza Shehbaz in a Rs16 billion money laundering fake case framed by the Pakistan Tehreek-e-Insaf’s government mere for the political victimization.” The SAPM said that the “nation had seen the truth behind the fake cases made by the PTI government.” Tarar expressed the hope that the remaining fake cases would also meet the same fate. “No money laundering, corruption and kickback were proved against the PML-N leadership,” he added.

He said that leadership of PML-N had faced such fake cases in the past with courage and in a dignified way. He said the “so-called” accountability advisor Shahzad Akbar, who was the mastermind behind creating these fake cases, disappeared from the scene. He reminded that Shehbaz Sharif and Hamza Shehbaz were in jail when the fake case was framed by the then PTI government. Initially, he said, the case was sent to the banking court, but at that time, the then government failed to produce any evidence.