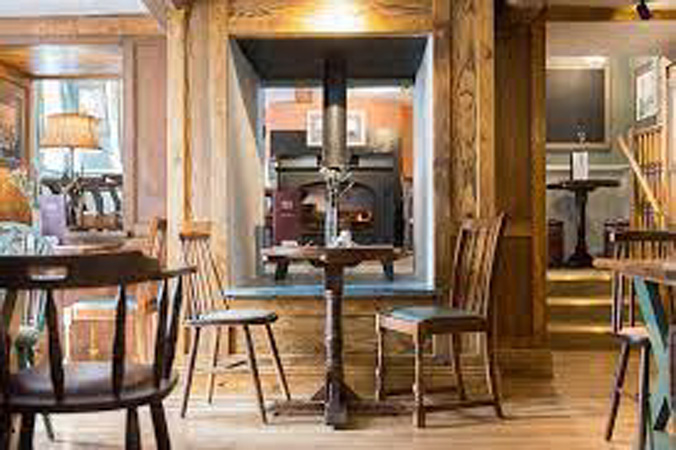 Above the big front door to this walkers’ paradise of a Lake District pub, a date is etched in curling red and black numbers: 1688.

The Horse & Farrier, originally a farmhouse before the canny farmer switched tack, has had travellers dropping by well before the days of Wordsworth’s lonely wanderings and the tourist boom that followed.

Back in those early days, only the hardiest would make it. In his 1720s travel book, A Tour Through The Whole Island Of Great Britain, Daniel Defoe declared on arrival at Windermere and its ‘unpaffable hills’ that ‘all the pleasant part of England was at an end’, and headed back to London.

Of course, the rugged mountains (or fells) were soon to become the big lure, rather than a reason to stay away.

And one of the very finest peaks, Blencathra, is right behind the Horse & Farrier, which makes a perfect base for an ascent.

From the outside, the old hostelry in the peaceful village of Threlkeld looks quaint and inviting – a terrace of whitewashed buildings with black-framed windows, flowers in hanging baskets and a colourful pub sign depicting a farrier hard at work nailing on a horseshoe.

Inside, fires flicker and a series of labyrinthine rooms with snugs and nooks stretch out beneath a low-beamed ceiling.

Walkers sheltering from a downpour sat in huddles, steam rising from fleeces as they nursed pints of Wainwright – a beer named after the famous Lakeland hiker and guidebook-writer Alfred Wainwright. 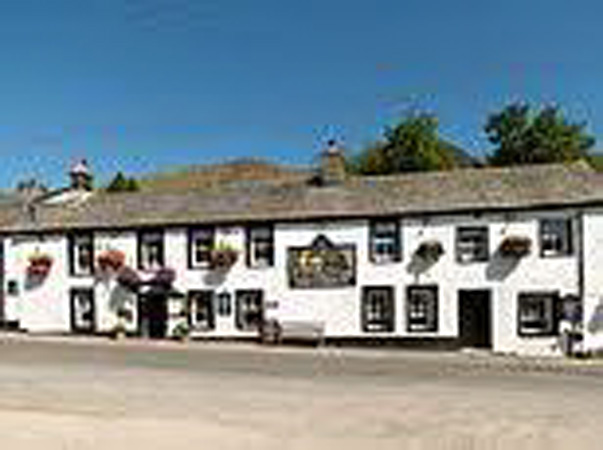 The dozen or so smart bedrooms at the independently run inn, owned by the Arkley family, have recently been refurbished. Mine was in shades of grey with a comfortable, wide bed and good linen. The bathroom was neatly arranged with olive-coloured tiles and a decent shower. Just what was required after tackling Blencathra.

But the fells are not the only local attraction. The bustling market town of Keswick can be reached along a five-mile former railway converted into a hiking path. The intriguing Threlkeld Quarry and Mining Museum, based in an old granite quarry, is across the way. Plus, you can pop into the Horse & Farrier’s jolly nearby sister pub, the Salutation (known as The Sally), for a game of darts. The Sally also has newly refurbished rooms.

Good, hearty food is available at the Horse & Farrier itself – burgers, steak pies, fish and chips, lamb shank – drawing locals and tourists alike. A genial hum of conversation arose on the evening of my stay. Noticing a neighbour tucking into a delicious-smelling chicken madras, one of the inn’s ‘classic’ dishes, I ordered the same and it was no let-down: spicy and tender, with mango chutney, poppadoms and turmeric rice.

I then set off for the fells once again, a spring in my step, pleased to have chosen the Horse & Farrier for the night.