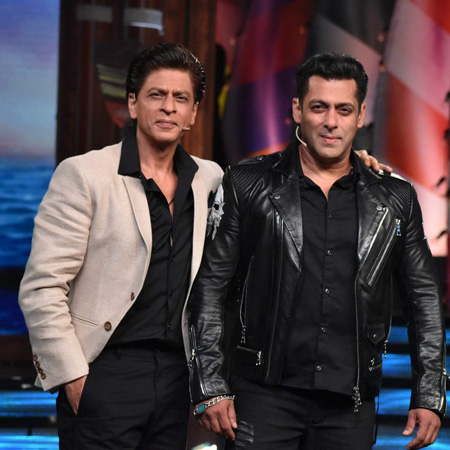 Bollywood fans are in for a treat like good old times, as the frenemies Shahrukh Khan and Salman Khan will face a clash again this festive season.

Just like the previous times when Bollywood geeks used to wait for the Box Office clash of the two superstars, especially around the festive holiday season in India, they will be treated with a brief version of the face-off, after the two years global halt due to Covid pandemic.

Bollywood’s King with his much-anticipated comeback ‘Pathaan’ and Bhai with star-studded ‘Kisi Ka Bhai, Kisi Ki Jaan’ will come against each other on the annual festival of Diwali this year.

Don’t be confused, the titles will not hit theatres on October 24 or anytime in the specific week, but the trailers of the mega projects. As per the reports from Indian media outlets, the trailer of Salman Khan’s December release and the teaser of Shahrukh Khan’s January film will be released a day before Diwali, during the India-Pakistan cricket clash.

The arch rivals will play against each other in the 16th match of the ICC Men’s T20 World Cup on October 23, when the trailer and teaser of the two films will release during the match.

About the titles, ‘Kisi Ka Bhai, Kisi Ki Jaan’, written by Sajid Nadiadwala and helmed by Farhad Samji, is slated for theatrical release on December 30, 2022. On the other hand, Siddharth Anand-directed action spectacle ‘Pathaan’ will release simultaneously in Hindi, Tamil and Telugu versions on January 25, 2023.