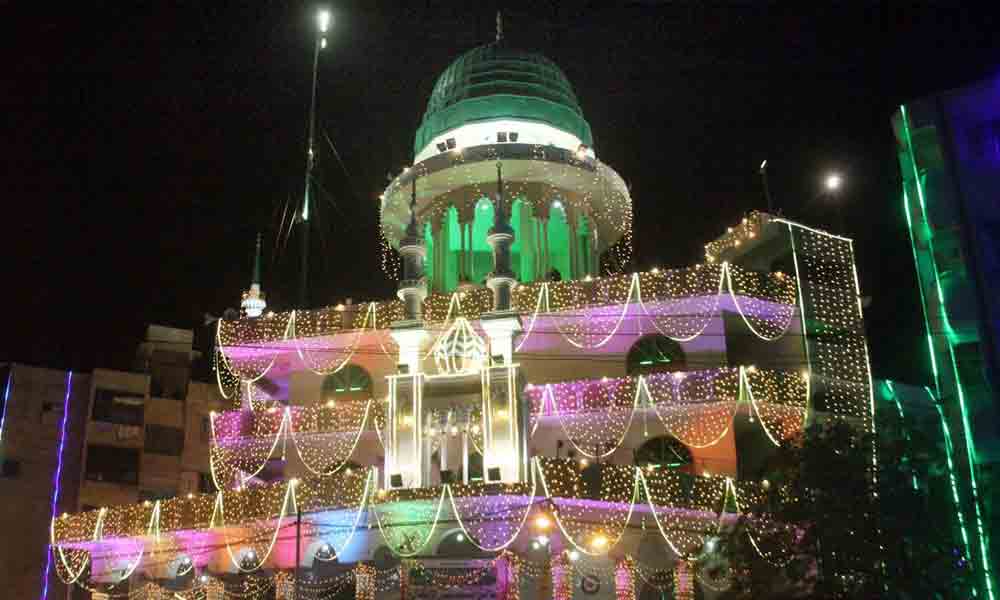 D.I.KHAN: The district police have made arrangements to provide foolproof security to all the religious ceremonies of Eid Milad un Nabi on 12 Rabi ul Awal.

According to the Police spokesman, on the directions of District Police Officer (DPO) Najmul Hasnain Liaquat, DSP City Iqbal Baloch presided over a meeting held with the delegation of scholars and Leaders of  Ahle Sunnat Wal Jamaat.

The DSP informed the delegation about the security measures taken in connection with 12 Rabi ul Awal.

He also appealed to the delegation to cooperate with security forces to maintain the law and order situation in the city.

The DSP said it was the responsibility of the police department to protect the lives and property of all the citizens. He also sought cooperation from the citizens for ensuring peace in the city during Rabi ul Awal.

He said strict action would be taken against the anti-social elements and no compromise would be made in this regard.

The Ahle Sunnat Wal Jamaat delegation assured the DSP for their full cooperation with the police department.

With only two days left in the Eid Milad un Nabi (SAW), preparations are in full swing in Khyber Pakhtunkhwa where people decorated their houses, bungalows, vehicles and markets with colourful lights and buntings to express their love for Prophet Muhammad (PBUH).

Like in other provinces, the people in all 35 districts of KP, including those in the seven merged districts expedited preparations to celebrate 12th Rabi ul Awal with great religious enthusiasm on Sunday.