A time for introspection

The Muslim world today faces crises unparalleled in history since the advent of Islam. In view of the current world’s political scenario emanating from 9/11, Muslim countries are looked upon as places that engender terrorism. It is therefore imperative for the leaderships of Muslim countries to use their collective wisdom to improve their image and also counter the machinations of their enemies. They should do a bit of introspection as to where they went wrong and should identify the causes that have brought the Muslim world to the present pass. It goes without saying that if rulers in Muslim countries had ensured socio-economic justice, strengthened the institutions, established democracy and fostered the spirit of tolerance and accommodation in their societies, they would have been spared the ordeal and ignominy they face today.
In other words, the Muslim fraternity is its own enemy, as its leaders have not tried to discover the verities of freedom, equality and solidarity, which is why some Muslim countries have become breeding grounds for extremists and criminals. Islam stands for love and affection, peace and amity, moderation and enlightenment. However, the shenanigans of the fraternity’s extremist strands have given handle to the compulsive detractors of our religion to depict it as a creed of violence and bloodletting. Those involved in the 9/11 tragedy definitely brought no victory but only outright hostility and the animas of the world community to the predominantly moderate Muslim fraternity. The sorriest part is that the fraternity itself is the most bleeding quarry of the rabid extremism of fanatical clans, which has been the result of unimaginative leaderships that neglected research and development despite being endowed with enormous natural resources.
It is true that the people have been unhappy with dictatorships and that there were uprisings in Egypt, Tunisia, Yemen and Libya but the US and the west deemed it appropriate only to give weapons and funds to the rebels in Libya. See what has become of Libya. It has turned into a lawless land where no government worth the name is in the ruling clique. The country stands divided on eastern and western fault lines. As to the unrest in the Middle East and North Africa, after Libya, Syria was the target. If the adventurists had their way in Syria, it would have met Libya’s fate. However, Russia, chastened by the Libyan saga, was not prepared to sign on a UN Security Council decree authorising outside military assault on its ally, Syria, with the result that Bashar al-Assad has survived and is still the president of Syria.
Muslim countries are paying the price of their follies and, at the same time, they have been playing into the hands of imperialist powers. In its third, summit held in 2012 at the holy city of Mecca, the Organisation of Islamic Cooperation (OIC) suspended the Syrian Arab Republic’s membership without hearing the Syrian point of view. The two-day summit moot, chaired by then custodian of the two holy mosques, King Abdullah bin Abdul Aziz, ended with clear polarisation within the 57-member body of Islamic states. There was a major anomaly in the Mecca Declaration, as the OIC had faltered in calling for non-intervention by foreign forces in Syria. They supported the rebels in Syria but now demand the world community to support the rebels in Yemen. Saudi Arabia and Iran should wean off internecine conflicts.
They should realise that efforts are being made to divide the Muslim world into Shia and Sunni areas of influence. One cannot deny the existence of contradictions between the Muslims on the basis of sect or fiqah but the enemies of Islam tend to exacerbate those contradictions. One could infer from the testimony of the then secretary of state, Condoleezza Rice, before the Senate’s foreign relations committee when she referred to Sunni states as centres of moderation and Iran, Syria and Hezbollah of Lebanon on the other side of the divide. The US, in fact, has twin objectives: one, to secure Israel and, secondly, to control the world’s resources. The US destroyed Iran’s enemies i.e. Saddam Hussein in Iraq and the Taliban in Afghanistan, and Iran has emerged as the strongest country in the region.
In the backdrop of the forced oustre of President Abd Rabbuh Mansour Hadi in Yemen and the seizure of power by armed Houthi (Zaidi) rebels, a joint aerial operation, codenamed Decisive Storm, is being conducted by Saudi Arabia, the UAE, Bahrain, Qatar, Kuwait and Jordan. The joint action has the endorsement of the Arab League and support of many Muslim and western countries. Some opinion makers suggest Pakistan should join the coalition, which could have serious implications and consequences. The US has had the bitter experience of invading Iraq and Afghanistan, and has remained in this quagmire for over a decade. The terrain of Yemen is mountainous and a strategically important coastline. The area is generally acknowledged as the Afghanistan of the Middle East.
Pakistan has always played a key role in unifying the Muslim world. Saudi Arabia is a brotherly country and the people of Pakistan hold it in very high esteem. Pakistanis are ready to sacrifice their lives and resources for the safety, security and sovereignty of the Kingdom. At the same time, they do not wish for Saudi Arabia to get weakened in a protracted war that has serious consequences. Pakistan has suffered the cost of similar wars in the last three decades. The Muslim world has also seen the destruction and weakening of Iran and Iraq through the stratagem of world powers. Pakistan’s approach in solving this issue is based on attaining political objectives rather than military means. One does not expect much from the OIC and, therefore, Pakistan, Turkey and Malaysia should work in unison to bring peace to Muslim countries.

The writer is a freelance columnist. He can be reached at [email protected] 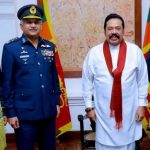 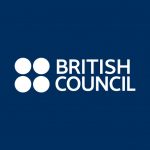