Why Christian Bale says he ‘Owes’ his career to Leonardo DiCaprio 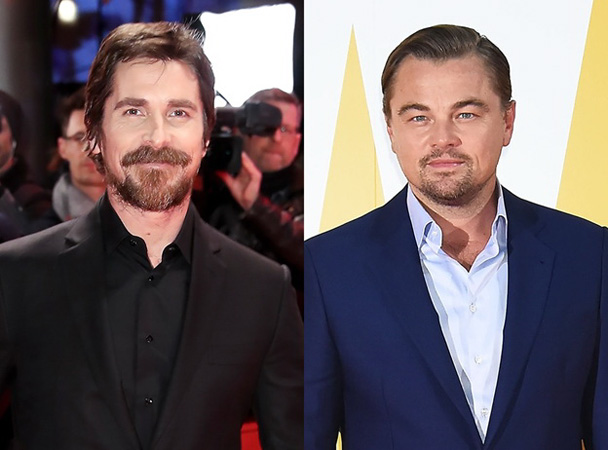 Christian Bale is saying thank you to Leonardo DiCaprio-just maybe not for a reason you’d expect.

In a new cover story for GQ’s November issue, the actor, 48, credited the obtainment of many of his leading roles to DiCaprio passing on them first.

Take Bale’s part in American Psycho, for instance. It’s been reported that DiCaprio was originally tied to the 2000 film before Bale was cast as Patrick Bateman. In fact, GQ writer Zach Baron said it’s been rumored that Bale has lost several roles to DiCaprio, including the part of Jack Dawson in Titanic.

So how does Bale feel about this? “Oh, dude. It’s not just me,” he said. “Look, to this day, any role that anybody gets, it’s only because he’s passed on it beforehand. It doesn’t matter what anyone tells you. It doesn’t matter how friendly you are with the directors. All those people that I’ve worked with multiple times, they all offered every one of those roles to him first. Right? I had one of those people actually tell me that.”

The Ford v. Ferrari alum then went on express his gratitude to DiCaprio. “So, thank you, Leo, because literally, he gets to choose everything he does,” he continued. “And good for him, he’s phenomenal.”

When asked if he takes this personally, Bale said he did not. “No. Do you know how grateful I am to get any damn thing?” he replied. “I mean, I can’t do what he does. I wouldn’t want the exposure that he has either. And he does it magnificently. But I would suspect that almost everybody of similar age to him in Hollywood owes their careers to him passing on whatever project it is.”

To be fair, Bale is a star in his own right, acting in a number of movies from The Dark Knight and The Big Short to The Machinist and American Hustle. Not to mention, he’s been nominated for an Oscar four times, taking home the gold for his supporting role in The Fighter in 2011. And last year, he filmed three different movies: The Pale Blue, Amsterdam and Thor: Love and Thunder. Bale told GQ he has “zero strategy” for his success, adding he “never considered myself a leading man.” The reason?

“It’s just boring,” he said. “You don’t get the good parts. Even if I play a lead, I pretend I’m playing like, you know, the fourth, fifth character down, because you get more freedom.

I also don’t really think about the overall effect that [a character’s] going to have. It’s for me to play around, much like animals and children do. Have tunnel vision about what you’re doing, not think about the effect you’re having.”