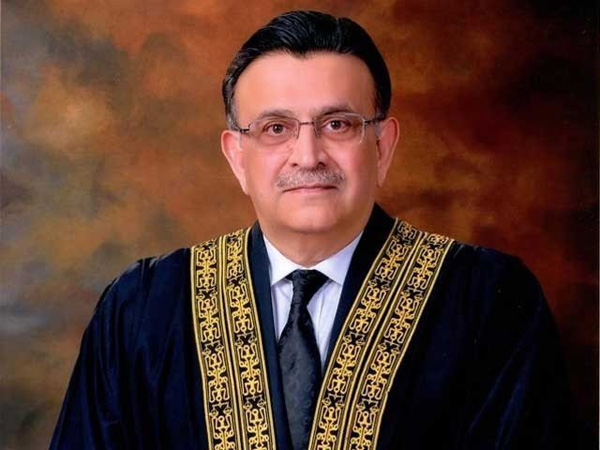 Chief Justice of Pakistan Umar Ata Bandial said on Thursday that the declaration of Article 62(1)(f), which holds the ultimate punishment of lifetime disqualification of lawmakers, can only be given by the court. He said the apex court in its judgments had already set the criteria for the application of Article 62(1(f). A three-member SC bench comprising Chief Justice Umar Ata Bandial, Justice Syed Mansoor Ali Shah and Justice Ayesha A Malik heard the case filed by Pakistan Tehreek-e-Insaf (PTI) leader Faisal Vawda challenging his lifelong disqualification by the Election Commission of Pakistan (ECP) and the subsequent ruling by the Islamabad High Court (IHC). During the proceedings, Advocate Waseem Sajjad, counsel for Faisal Vawda, said that his client neither hid facts nor did anything in bad faith.

The chief justice said that the declaration of Article 62(1)(f) could only be given by the court. He said that no one could be declared dishonest without examining the evidence. It was not so easy to disqualify someone for life, he added.

Justice Bandial said that the judicial declaration meant recording of evidence. The chief justice said that Faisal Vawda had renounced his US citizenship after submitting his nomination papers to the ECP. He said that the debate should be whether the disqualification was limited to contesting elections or for life in the present case.

Justice Mansoor asked the counsel when did Faisal Vawda submit the affidavit. Waseem Sajjad responded that Faisal Vawda had submitted the affidavit on June 11, 2018. The returning officer was also told that Vawda had given up his US nationality, he added.

He said that Faisal Vawda went to the US Embassy and stated that he was giving up his nationality. He said that the PTI leader also got his National Identity Card for Overseas Pakistanis (NICOP) cancelled.

Waseem Sajjad argued that the National Database and Registration Authority (NADRA) issued a certificate of cancellation of US citizenship on May 29, 2018.

Justice Ayesha observed that Faisal Vawda’s US citizenship had not been cancelled at the time of filing the affidavit.

The counsel said that the real question was the declaration of life-long disqualification which the commission could not grant. He said that Article 63(1)(c) applied to dual citizenship. A member on dual citizenship was only de-seated, not disqualified for life, he added.

Subsequently, the hearing of the case was adjourned till October 12.