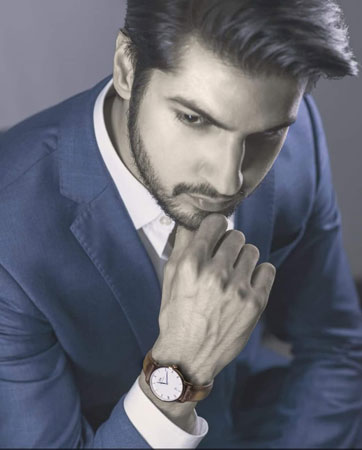 Popular Pakistani singer Abdullah Qureshi has announced on his social media that he has quit music for “religious reasons”.

In a statement, the singer said he will only take campaigns that align with his religious values from now on.

Taking to Instagram on Thursday, Siddiqui wrote, “I know I’ve been lost since a long time and I have received a ton of messages in this time asking about where I have been. i was on a break, pressed the pause button for a while and took this time to find who I was, where I’m headed and who do I want to become.” 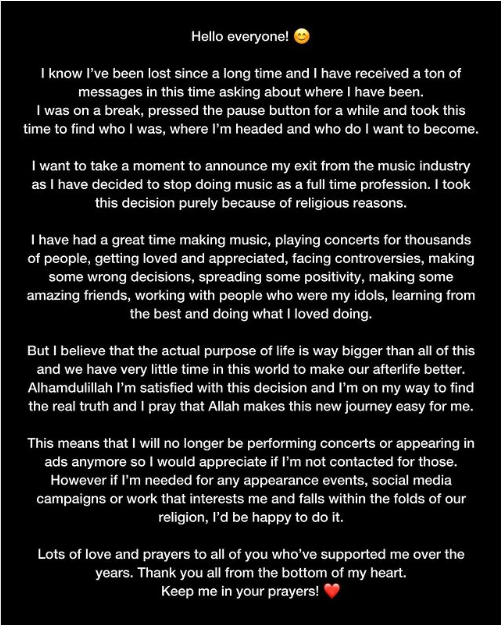 He added, “I want to take a moment to announce my exit from the music industry as I have decided to stop doing music as a full-time profession. I took this decision purely because of religious reasons.”

He also said that he had a “great time” making music and playing at concerts for thousands of people. This great time extended to “making wrong decisions” and “facing controversies”. About a year ago, the singer was accused of harassing women by sending them DMs on Instagram.

Abdullah apologised in a statement he reshared on Instagram and blamed it on his “fetishes”. Admitting to messaging women on Instagram, he wrote, “It’s about messaging randoms and yes I did have that problem too and I stopped when I had my daughter.” He apologised to his daughter for being “the worst dad” and said he had “settled” the matter with his wife.

He said he has learnt from the best people but believes the “actual purpose of life is way bigger than all of this” and that we have little time in this world to make “our afterlife better”.

“I’m satisfied with this decision and I’m on my way to finding the real truth and I pray that Allah makes this new journey easy for me. This means that I will no longer be performing concerts or appearing in ads anymore and I would appreciate if I’m not contacted for those,” Qureshi wrote.

He added that if he is needed for any event or social media campaign, he will do it if it interests him and it “falls within the folds of our religion”.

Abdullah concluded by sending love and prayers for all the followers and fans that supported him over the years.

Qureshi worked on the re-recorded national anthem that was released on Pakistan’s 75th Independence Day.