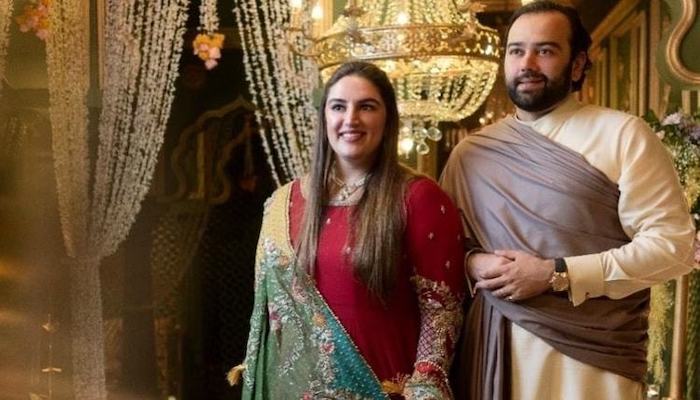 Bakhtawar Bhutto Zardari, the daughter of Asif Zardari and the late Benazir Bhutto, has been blessed with a baby boy.

Taking to Twitter, Bakhtawar announced that the baby was born on October 5.

“We are happy to announce the birth of our second baby boy,” she wrote on Twitter.

Bakhtawar had her first son, Mir Hakim, last year on October 10. His name was a tribute to her late grandfather Hakim Ali Zardari and her late uncle Mir Murtaza Bhutto.

The daughter of former prime minister Benazir Bhutto was married to businessman Mahmood Choudhry on January 29, 2021.

She is the first granddaughter of former Pakistani prime minister, Zulfiqar Ali Bhutto. She was born on January 25, 1990, in Karachi.