Containers arranged to seal Islamabad ahead of PTI long march 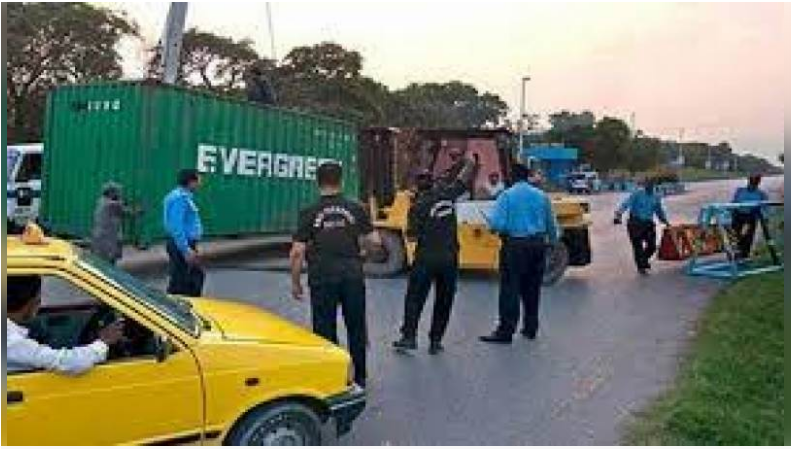 Islamabad Police has reportedly arranged 1,100 containers to seal the federal capital in view of the PTI’s long march on Thursday.

According to sources, the capital city would be completely sealed for a period of one week after the announcement of march’s date by the party.

Similarly the government had decided to shut down schools and colleges and postpone exams during the march.

As many as 2,500 personnel of the police and of other law-enforcement agencies (LEAs) would be deployed in the city, and all of them would have 50, 000 rubber bullets, the sources disclosed.

Furthermore, the LEAs had already been provided over 60,000 teargas shells, they informed.

Besides that, the sources disclosed that 10 drones had been arranged for dropping shells on the protestors.

Sources also said that for the first time in the country’s history, anti-riot helicopter would be used.

Not only that, the security agencies had prepared lists of PTI’s financers in order to arrest them before the march, they concluded.

Although, initially there were doubts that whether the PTI would go ahead with its planned long march.

However, after recent developments such as the acquittal of PML-N Vice President Maryam Nawaz in the Avenfield reference and the return of Ishaq Dar as finance minister of the country have convinced the party’s leadership that it was time to set out on a long march in order to press the coalition government to hold the general elections early.