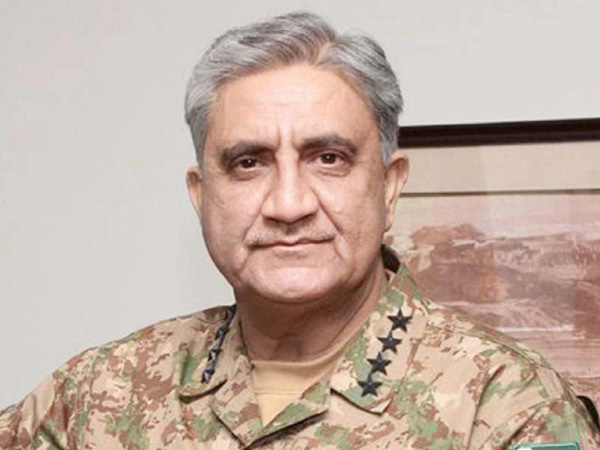 Chief of the Army Staff (COAS) General Qamar Javed Bajwa has said the armed forces have distanced themselves from politics and wanted to continue to do so, a private TV channel reported.

Speaking at a luncheon at Pakistani embassy in Washington, Gen Bajwa also reiterated his resolve to leave after the completion of his term as army chief this November. “I will fulfil the pledge I made earlier,” he said.

According to those in attendance, the COAS addressed the gathering before lunch and then made informal remarks while talking to the guests. He emphasised that reviving Pakistan’s debilitated economy should be the top priority of all as the nation would not be able to achieve its goals without a robust economy. “There could be no diplomacy either without a strong economy,” said the army chief in his address to an audience which included several Pakistani diplomats. “Restoring the ailing economy of the country should be the priority of every stakeholder of the society,” he added.

The COAS is currently on a visit to the United States, where he called on US Defence Secretary Lloyd Austin, National Security Adviser Jacob Sullivan, and Deputy Secretary of State Wendy Sherman. Matters of mutual interest, regional security situation and bilateral cooperation in various fields were discussed during the meetings, the ISPR said.

General Bajwa also told the US officials that assistance from Pakistan’s global partners was vital for the “rescue and rehabilitation” of flood victims. He also thanked the US officials for their support for the flood relief in Pakistan. Both sides agreed that Pakistan and the US had a long history of bilateral cooperation and both countries shall continue to improve their economic and trade ties apart from looking for investment avenues.

General Bajwa also offered heartfelt condolence on the deaths and devastation in the US state of Florida due to Hurricane Ian, the statement said. Pakistan fully understands the loss and pain of families as the country itself is facing drastic effects of climate change, added the statement. “Both sides had convergence on major international issues including Afghanistan and need for cooperation to avoid humanitarian crisis and improving peace and stability in the region,” the statement said.

The US department of defence, in a readout, simply said that Austin’s meeting with the army chief was held “during the 75th anniversary of relations between the United States and Pakistan”. “This long-standing partnership continues today with discussions focused on opportunities to address key mutual defense interests,” said readout. General Bajwa held these scheduled meetings with senior officials of the Biden administration as he began the second leg of his US visit on Tuesday.

The army chief arrived in the US on September 30 and met with the UN officials in New York. General Bajwa is heading a delegation that will stay in the US for another couple of days, diplomatic sources said, terming the visit an important one that portrayed “robust relations” between the two countries.