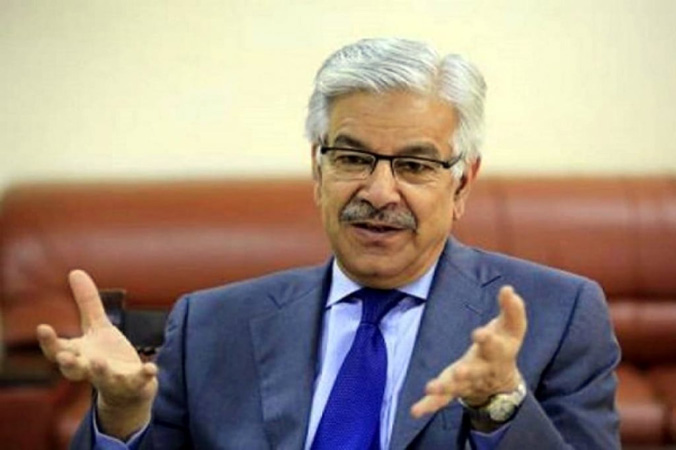 Defence Minister Khawaja Asif said Wednesday that anyone from among the five nominated names could be appointed as the next chief of army staff, a private TV channel reported. In a press conference, Asif announced that the process would either start by the end of this month or the beginning of the next and that it will be done in line with the law and constitution. He added that it is the discretion of the sitting prime minister to pick any name forwarded by the Ministry of Defence. The defence minister said that in the past, names other than the five suggested have also been chosen for the military chief’s position. Speaking on the appointment of the army chief on the basis of seniority, the defence minister said: “All three-star generals are eligible for this.” The minister also commented on the probability of the next general elections and said that polls will be held as per schedule. Taking a jibe at PTI Chairman Imran Khan’s apprehension over the appointment of the military’s top brass, Asif said that the former premier is anxious about November approaching, but the month will pass by peacefully. “Imran Khan proved that he was not eligible for the prime minister’s position,” he said, adding that it’s people like him who come into power when the Results Transmission System (RTS) stops working. “Imran Khan bites the hand that feeds him. For as long as Khan was in power, he was indebted to someone; and look how he talks today,” Asif said, adding that Khan asks for forgiveness when meeting “them” but flares up during his rallies.

He claimed Imran Khan sent a message through President Arif Alvi to initiate discussions with the ‘establishment’. “Imran Khan has not been in his right mind and is fearful as November is fast approaching,” said Asif, adding that things will pan out according to the law and Constitution in November. Asif went on to add that the Chief of the Army Staff (COAS) General Qamar Javed Bajwa’s tenure is concluding by the end of this month and he should be allowed to spend time with the soldiers “respectfully”. The defence minister reiterated that the government has yet to decide on General Bajwa’s replacement.