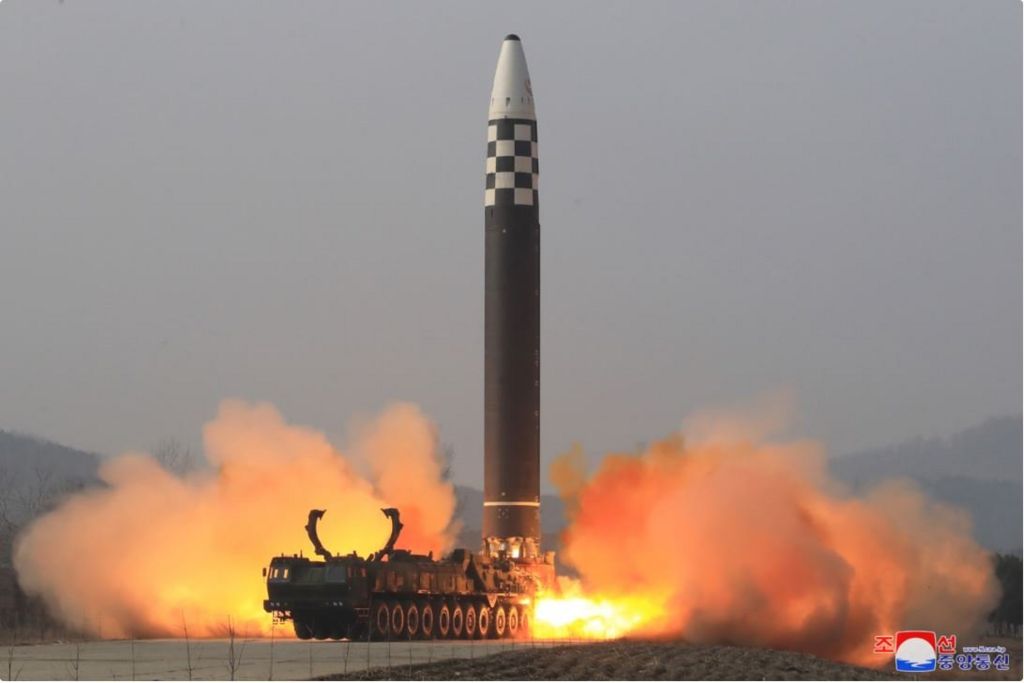 A failed ballistic missile launch created panic in a usually quiet South Korean city Wednesday after it crashed into the ground and sparked a massive fire, officials said.

In response to North Korea’s launch of an intermediate-range ballistic missile (IRBM) over Japan on Tuesday, security allies Seoul and Washington have conducted a series of joint drills, including bombing runs and missile launches.

Late Tuesday, the South Korean military launched a Hyunmoo-2 short-range ballistic missile, but it malfunctioned and crashed shortly after launch.

The missile’s propellant caught fire, but the warhead did not detonate, according to a South Korean military official quoted by Yonhap.

Viral social media footage showed an orange ball of flames near an air force base near Gangneung on the country’s east coast.

“Many frantic residents called the city hall,” an official at the Gangneung City Hall told AFP. “At first we didn’t know what was going on because we didn’t receive any notice from the military about such training,” she added, speaking on condition of anonymity.

South and North Korea remain technically at war after the 1950-53 Korean War ended in an armistice rather than a peace treaty. Armed conflicts between the two neighbors are rare, but the missile crash made some residents believe that war had broken out.

“I thought there was a war but it turns out to be military training,” said one user on Twitter.

“What took them so long to confirm? If there is a war, we will probably find out about it the next day,” another user tweeted.

South Korea’s Joint Chiefs of Staff said there were no reported casualties and that it was looking into the cause of the crash.