Kriti Sanon’s luggage was left behind in Mumbai; led to the delay of Adipurush Ayodhya event 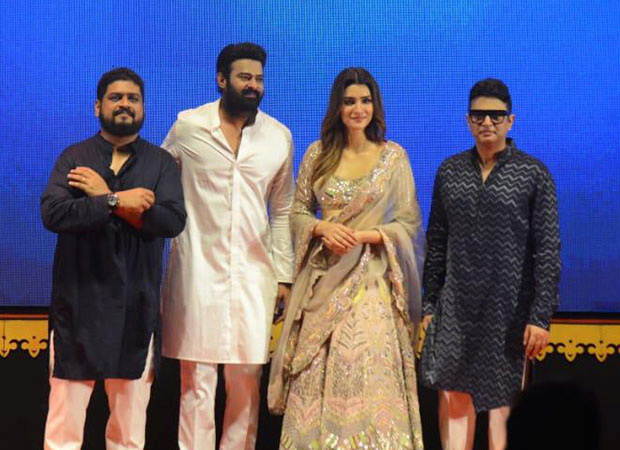 The first look and teaser launch of one of the most awaited films of 2023, Adipurush, was held on Sunday, October 2 at Ayodhya, Uttar Pradesh. The media from Mumbai along with the film’s team – actors Prabhas and Kriti Sanon, director Om Raut and producer Bhushan Kumar – were flown down to the holy town for this grand event, where nearly 10,000 people were present. While the programme went off smoothly and turned out to be a memorable affair, the organizers faced a small hiccup.

A source told Bollywood Hungama, “The teaser was released online at 7:11 PM and the idea was to commence the event at around the same time. However, it couldn’t happen. This is because Kriti Sanon’s luggage wasn’t loaded onto the aircraft in which she flew from Mumbai. She had put her power bank into the check-in luggage, which is why the airline probably didn’t allow it onto the flight, as per the rules. Unfortunately, her beautiful dress from the event was packed in this same bag, which was left behind.”

The source continued, “By the time Kriti Sanon and the Adipurush team learnt about it, there was not much time left to fly the luggage on a different flight. They quickly took stock of the situation and began to hunt for an alternative costume that she could wear at the event. This process naturally took a little bit of time. Once the costume was locked, Kriti quickly wore it and got ready.”

The source also said, “Prabhas, Om Raut, Bhushan Kumar and others cooperated when they learnt about this. They knew such small mistakes can happen to anyone. Even the media and spectators patiently waited, and nobody threw a fit. And once the event began and the mighty poster of the film emerged from the river Sarayu, everyone forgot about the delay.”