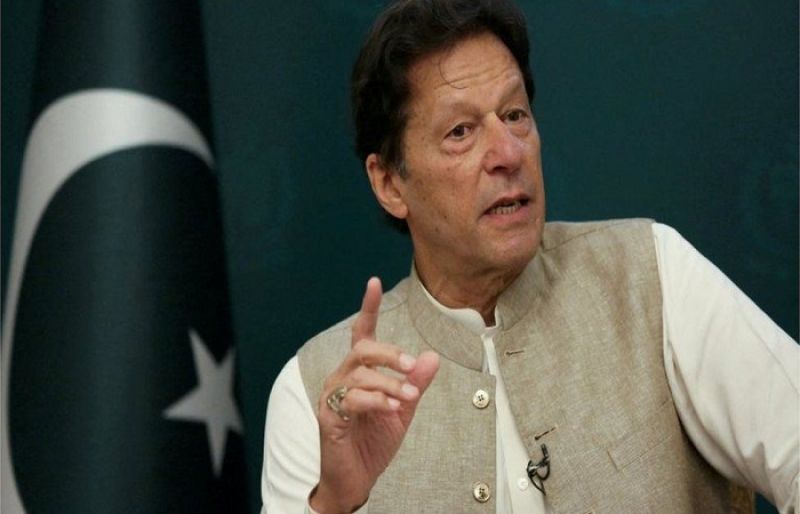 Former prime minister and PTI Chairman Imran Khan has said that incumbent rulers are making a mockery of the justice system by closing down their corruption cases. Addressing party officials in Peshawar on Tuesday, the deposed premier said that the government has appointed its “henchman” to the National Accountability Bureau (NAB) so that they get decisions of their choice in the corruption cases, calling it a “joke”.

Imran, who was removed from premiership through a vote of no-confidence in April this year, said that he did not have personal enmity with the Sharif and Zardari family. “I am fighting for the future of the nation.”

The PTI chief asked party workers and officials to remain prepared for the upcoming much-hyped long march to Islamabad to achieve ‘real freedom’, saying that he will not rest until sending the incumbent rulers packing.

“Today is the decisive time for the nation. It’s time to stand up for the real freedom of the country,” he added.

“They [coalition government] came to power on the pretext of inflation but now they have created a storm of inflation. They are making false cases against me to clear their way,” he remarked.

PTI leader Fawad Chaudhry said that the return of Finance Minister Ishaq Dar and the acquittal of PML-N leader Maryam Nawaz in Avenfield reference have exposed the “failure of the country’s justice system”.

Speaking to the media outside the Supreme Court, the former information minister said the accountability process has completely come to an end as “accused are legislating laws for their own benefit”.

Fawad said under the new amendments to the NAB law those who amassed ill-gotten assets through corruption cannot be asked to explain their sources of wealth as the burden on proof has been shifted to NAB.

“Efforts are being made to close down corruption cases of Nawaz Sharif,” he said while appealing the top court to take notice of the matter.