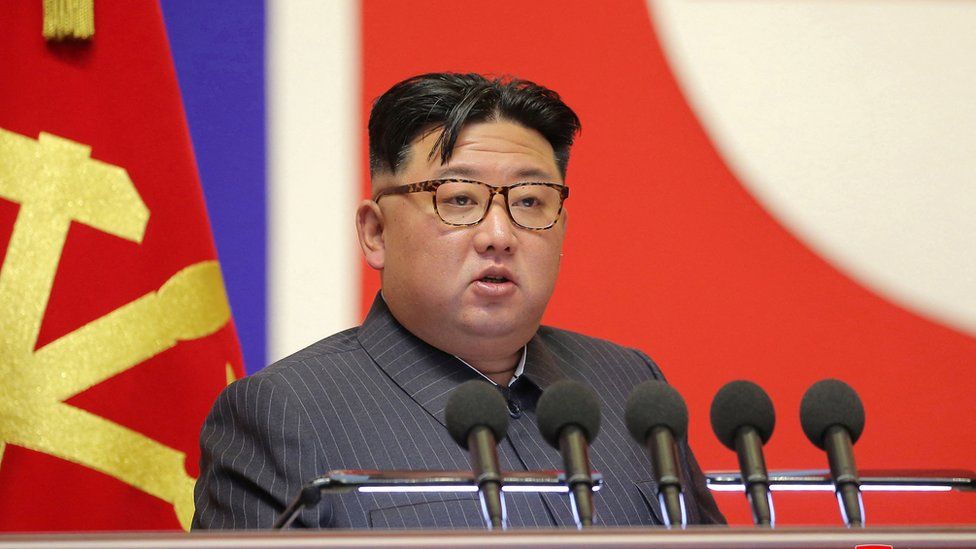 Japan urged residents to take shelter early Tuesday morning after North Korea fired a ballistic missile across the country without warning for the first time in five years, in a major and potentially dangerous escalation of recent Kim Jong Un regime’s weapons tests.

The launch, which prompted an immediate reaction from Tokyo and Seoul, comes amid a series of missile tests with five launches in the past 10 days and follows new military exercises between the United States and their regional allies.

The medium-range missile was launched around 7:23 a.m. local time from Mupyong-ri, near the central border between North Korea and China, according to the South Korean Joint Chiefs of Staff (JCS). . It flew about 4,600 kilometers (2,858 mi) for 20 minutes at an estimated maximum altitude of 1,000 kilometers (621 mi) above Japan’s Tohoku region on the main island of Honshu before crashing into the Pacific Ocean, about 3,000 kilometers (1,864 mi) from the country’s coast, Japanese officials said.

Japanese Prime Minister Fumio Kishida strongly condemned the launch, calling recent ballistic missile launches by North Korea “outrageous” in comments to reporters at his official residence. Tuesday’s launch marks the 23rd such missile test in the country this year, which includes both ballistic and cruise missiles.

Japanese authorities said there were no reports of damage to planes or ships near the missile’s path, but the unannounced missile triggered a rare J-Alert, a system designed to alert the public of emergencies and threats in Japan.

In such emergencies, alerts are sent via sirens, community radio stations, and individual smartphone users. Warnings were sent to residents of Aomori prefecture, Hokkaido, and the islands of Izu and Ogasawara in Tokyo around 7:30 a.m. local time on Tuesday, according to Japanese officials.