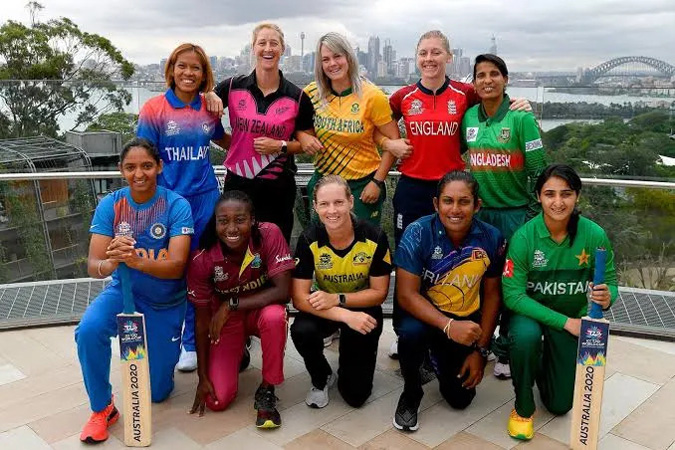 DUBAI: The 2023 Women’s T20 World Cup will begin on February 10 with hosts South Africa taking on Sri Lanka in Cape Town. The final is scheduled for February 26 and a reserve day is available on the 27th. Bangladesh and Ireland, the finalists of the 2022 Women’s T20 World Cup Qualifier, take the last two spots in the ten-team tournament which will be played in Paarl, Gqeberha and Cape Town. Defending champions Australia are in Group 1, along with New Zealand, South Africa, Sri Lanka and Bangladesh. India, Pakistan, England, West Indies and Ireland make up Group 2.

After South Africa open the tournament against Sri Lanka, England play West Indies and Australia take on New Zealand on February 11 in Paarl. The four Asian teams begin their campaigns on February 12, with India playing Pakistan and Bangladesh facing Sri Lanka in Cape Town. Each team will play all the others in their group once, and the top two from each group will qualify for the semi-finals. All of the knockout games — the semis and the final – will be held in Cape Town.

The 2020 Women’s T20 World Cup final between Australia and India at the MCG had a crowd of 86,175, just marginally short of the world record for a women’s sports event, and is widely considered to be a watershed moment in the women’s game. “We are thrilled to be announcing the match schedule for the next ICC Women’s T20 World Cup as we look to build on the success of Australia 2020 and host a uniquely African celebration of cricket,” ICC chief executive Geoff Allardice said. “As a key strategic priority for the sport, women’s cricket continues to build momentum and engage more fans than ever before. With T20 as the growth vehicle for cricket we are confident that this event and the inaugural U19 Women’s T20 World Cup preceding the senior event will leave a lasting legacy to grow girls and women’s cricket around the world.”

With ticket prices starting at 60 Rand (US$ 3.36 approximately), Cricket South Africa chief executive Pholetsi Moseki hoped fans would attend the event in strong numbers. “South Africa is eagerly awaiting the opening match against Sri Lanka, which will prove our competitiveness on the field of play. It will also mark an historic occasion of South Africa hosting the ICC Women’s T20 World Cup, and a first-ever chance for our fans to experience the attractive blend of women’s cricket that will be beamed across the globe,” Moseki said. “This happens at the time that the appetite for women’s cricket, as a distinct brand, is gaining traction amongst the fans. We have sliced the prices of tickets to allow all the fans the opportunity to attend stadiums and join in the excitement, which will confirm that women’s cricket is open for business.”