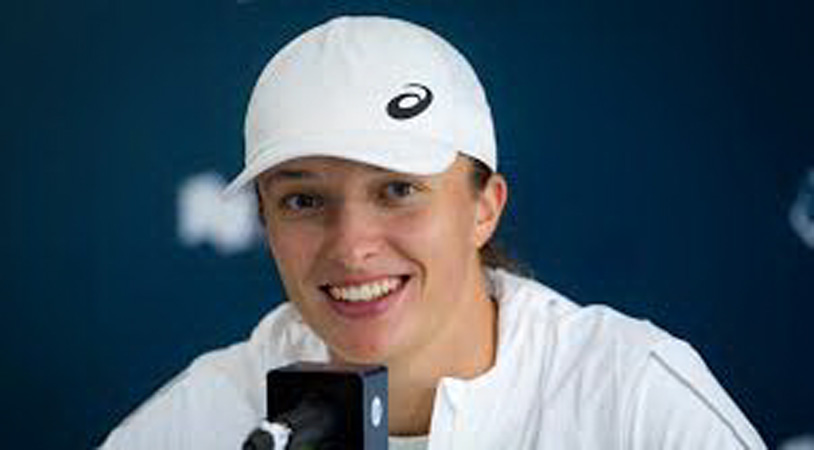 PARIS: Women’s tennis world number one Iga Swiatek criticised governing bodies for not organising the calendar better as she announced Monday she will not play for Poland in the Billie Jean King Cup finals in Glasgow in November. The BJK Cup — which is organised by the International Tennis Federation — begins on November 8, the day after the prestigious season-ending WTA finals reaches a climax in Fort Worth, Texas. Swiatek posted a statement on her Instagram account saying that after a long discussion with her advisors she had decided it would not be good for her health to play. “I will not be able to play at the Billie Jean King Cup at Glasgow,” she said. “And it makes me sad. “I’m very sorry, because I play for Poland whenever it’s possible and I always give it my best.” Swiatek said she was going to address the issue of the scheduling with both the ITF and the WTA. The Poles have been drawn in Group D alongside the Czech Republic and the United States. The 12-team BJK Cup runs from November 8-13.