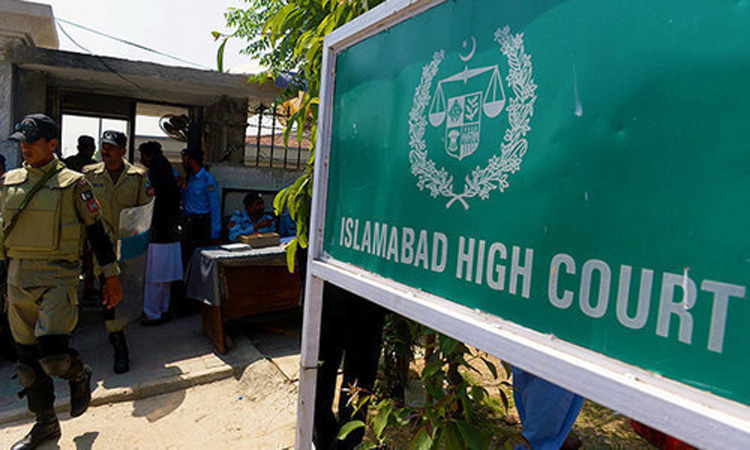 The PTI chief appeared before the IHC. The IHC CJ observed that the bench was satisfied with the apology and Imran’s conductDuring the proceedings, Imran Khan’s lawyer told the court that a third reply had been submitted to the court. “We have read your affidavit. Is there anything else you would like to add?” Justice Minallah asked Imran. He went on to say that prima facie this was a contempt of court case but it was being dismissed due to Imran’s conduct. “We take a lot of care in contempt of court cases,” Justice Minallah went on to say. He said that the IHC was “dismissing” the notice issued to Imran, effectively ending contempt proceedings against the PTI chief. “This is the unanimous decision of the larger bench,” he remarked.

However, the attorney general opposed the court’s decision to dismiss the show-cause notice issued to Imran as he pointed to the cases involving Nehal Hashmi, Daniyal Aziz and Talal Chaudhry. “Are you saying you support the judgements in these cases?” Justice Minallah asked and subsequently told the attorney general to submit a written copy of his reservations in court.

Standing outside the court, Imran told reporters that he “always believed the IHC passes great judgments”. Referring to Imran and PTI leaders’ recent comments after the acquittal of PML-N vice president Maryam Nawaz in the Avenfield Apartments’ reference a journalist retorted that “what you refer to as NROs are also court judgments”. To this, the PTI chief replied that, “Just like all politicians are not always good, like journalists can be good or bad. In the same way some courts’ decisions are good and some are not”.

After the proceedings, Imran Khan had an informal conversation inside the courtroom with the media. When a journalist asked Imran Khan about his strong networking skills, he replied, “A politician talks to everyone but will not talk to the criminals. The doors are always open for the negotiation.” The only case that is yet to be made against me is why I dip bread into tea, he quipped.

A journalist asked if he has been able to find the copy of the cypher that he had misplaced, and the former PM laughed it away. On the question regarding telethon money, he said that the party will start distributing it from Saturday.

Earlier today, Imran reached the court amid tight security. Other party leaders Asad Umar and Shah Mahmood Qureshi also arrived at the IHC. Hailing the court’s decision, PTI leader Shireen Mazari said that whatever the government may conspire, the nation would stand with Imran. “Now what cooked up case will a desperate Imported govt backed by its string pullers try to file against IK & PTI? Do your damnest, no scheming will work for you,” she added.

Meanwhile, PML-N vice president Maryam Nawaz, in a tweet, said that the “entire world” knew contempt of court took place. “Instead of saying that the case has been dismissed, it is appropriate to say that Imran has been forgiven.”

Responding to Maryam, PTI leader Fawad Chaudhry said that the case against the former prime minister was based on a misunderstanding. He added that the real problem was the cases against Maryam, involving corruption of billions of rupees.