‘Till’ Review: Danielle Deadwyler is shattering as a mother whose grief helped Galvanize the civil rights movement 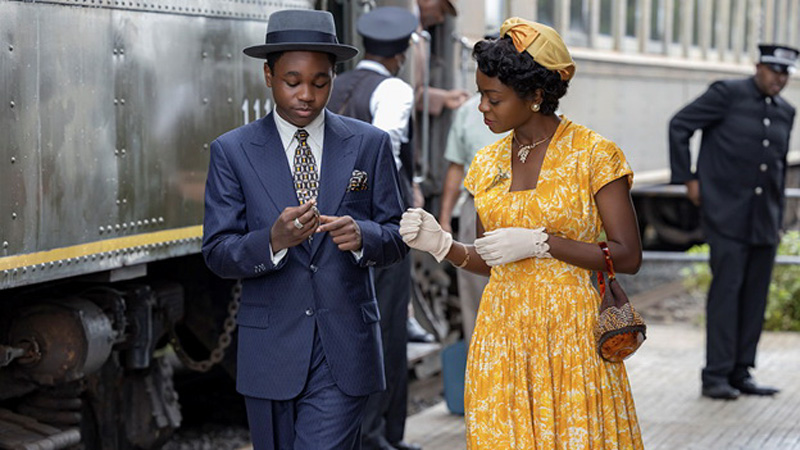 The simple, single-syllable word “boy” has multiple shades of meaning in Chinonye Chukwu’s emotionally wrenching Till. It conveys pure scorn in the form of address used by white supremacists in the Jim Crow South to intimidate and demean Black males of any age. It shudders with vulnerability in a newspaper headline announcing that an abducted 14-year-old’s corpse has been found in the Tallahatchie River. It burns with anguish as a mother tells the world of her son’s mutilated body: “That was my boy.” It carries bitter irony in the cheerful sign welcoming visitors to the Mississippi town where Emmett Till’s murderers were acquitted by an all-white, all-male jury: “Sumner: A Good Place to Raise a Boy”.

Any film dramatizing the killing in 1955 of Emmett Louis Till, one of the most indelible 20th century horrors of violent American racial hatred, raises questions as to whether the material is enlightening or traumatic. Chukwu, who explored the psychological toll of the death penalty with meditative complexity in her remarkable 2019 breakthrough, Clemency, circumvents that issue here by refusing to depict Till’s murder onscreen. Her film maps out the context, showing the brutality only obliquely, and focuses instead on the aftermath, as the victim’s mother fights for justice and finds her voice as a civil rights activist.

The attempted erasure in recent years of both history and critical race theory in many conservative states seems justification enough to revisit the sickening events of Emmett Till’s death. And the astonishing fact that it took 67 years to pass the Emmett Till Antilynching Act, making lynching a federal hate crime when it was signed into law in March this year, indicates not only the political dysfunction but also the obstructive forces of bigotry and racism that fester in America. So yes, that does seem to outweigh concerns about the necessity of an Emmett Till film.

Whether the ascent of Mamie Till-Mobley from her quiet, middle-class life in Chicago to a national civil rights platform succeeds as a subject for drama is a question not satisfactorily answered in the screenplay by Michael Reilly, Keith Beauchamp and Chukwu. Till is more effective as an intimate portrait of devastating loss than a chronicle of the making of an activist. But the film has a powerful weapon in its arsenal in Danielle Deadwyler’s transfixing performance as a broken woman who finds formidable strength within herself.

The loving bond between Mamie and her only son Emmett (Jalyn Hall) is clear as they sing along to the doo-wop romance of The Moonglows’ “Sincerely” on the car radio. But the hint of apprehension and sadness in her eyes signals Mamie’s mixed feelings about sending Emmett off for a summer vacation with his cousins in the Mississippi Delta. His grandmother, Alma (Whoopi Goldberg), thinks he should know where he came from, but Mamie believes that Chicago, where Emmett was born, is all he needs to know.

In the many documentaries, books and other dramatic treatments inspired by the tragic case – including co-writer Beauchamp’s 2005 doc feature The Untold Story of Emmett Louis Till – one constant has been the uncertainty over what actually took place inside the store.

The sensitivity with which Chukwu handles the violence notwithstanding, key scenes that follow the Bryant grocery store incident are tough to watch, notably the arrival of two armed white men at Preacher’s home in the middle of the night to haul off Emmett in the back of their pickup. And the screams heard by young field hand Willie Reed (Darian Rolle) as Emmett is tortured in a barn are bone-chilling.

Equally harrowing is the crushing blow delivered to Mamie when word of her son’s abduction is followed three days later by news that his body has been fished out of the river. Deadwyler’s howls of despair as the coffin containing Emmett is unloaded off a train in Chicago convey unspeakable pain.

The script shows the embedded racism at work in the courthouse that meant there was never a chance of conviction – the coldly indifferent faces of spectators and jury; the frisking of Black trial participants for weapons, while white people come and go freely; the marked difference in respect when the defense questions “Mrs. Bryant” or “Mamie.”

Hall plays Emmett with an appealingly cheeky insouciance that makes him an instant target for white hatred in Mississippi, and Thompson is affecting as a man torn up by what happened yet agonizingly aware that his hands were tied if he wished to protect his own family. Other secondary figures are more limited in scope, including Goldberg (also a producer), Frankie Faison as Mamie’s father, Sean Patrick Thomas as her supportive partner and Kevin Carroll as a family friend who serves as a strategic NAACP liaison.

This is unequivocally Deadwyler’s film, and she gives what will surely be a career-making performance. Her balance of fragility and a strength that becomes even more staunchly protective after her son is taken from her gives the drama a bruised, beating heart that prevails even when the writing slips into predictable beats. Her characterization communicates a particular fear that will be familiar to so many Black mothers whenever their sons are away from them, as well as the unimaginable suffering when the worst of those fears come true.