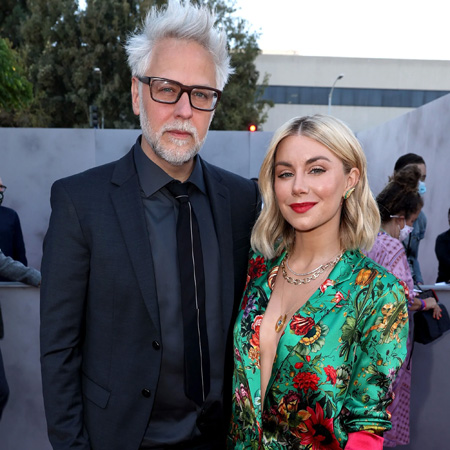 Filmmaker James Gunn tied the knot with actor Jennifer Holland at a private ceremony recently. James took to Instagram to share the pictures from their wedding on Friday evening and added that there was a Marvel vs DC softball game as part of the wedding festivities. James is one of the few filmmakers to have worked in both the franchises, directing both Guardians of the Galaxy and The Suicide Squad.

James wore a green suit to his wedding while Jennifer wore a floral white gown in a wedding that seemingly took place on a ranch. The first picture shows the couple’s first kiss as husband and wife, followed by a video from the ceremony. There are solo pictures of the two, giving a good look at their wedding attire. A picture also shows their customised Funko Pop cake toppers.

Sharing the pictures on Instagram, James wrote, “After over 7 years together, I finally married the love of my life, @jenniferlholland. What an incredible, beautiful, stunning day surrounded by the most wonderful family and friends in the world. And, yes, that’s a moose that showed up as the ceremony began!” Talkig about their Funko Pop cake toppers, the filmmaker further wrote, “yes, @originalfunko made our wedding cake toppers designed on our actual tux and gown (Jenn wouldn’t let me see them before the wedding because her dress was too perfectly done!)”

He then added that as part of the wedding festivities, there was a DC vs Marvel softball game, implying the cast and crew members from his superhero projects played the game. He wrote, “We had Sunday fun festivities including a Marvel vs DC softball game (@michael_rooker played on both teams!)”

Jennifer and James have been together for over seven years and decided to tie the knot earlier this year, announcing their engagement in February. Jennifer starred in Peacemaker, which was written and created by James. Their first collaboration was the 2019 film Brightburn. They also worked together in the 2021 DCEU film The Suicide Squad.