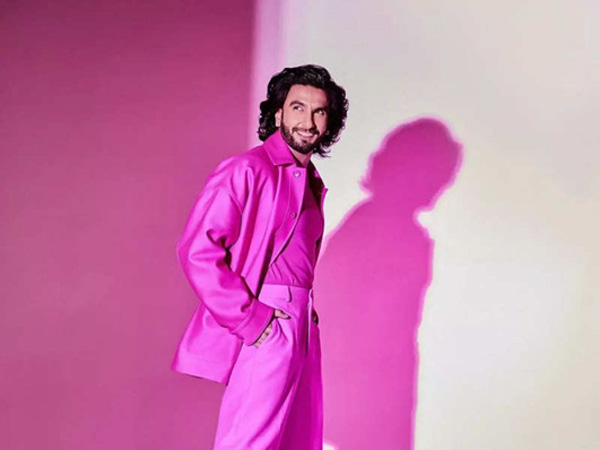 Actor Ranveer Singh recently met TikToker Daniel Mac in Mumbai as they both arrived for the Meta Creator Day event. Taking to Instagram, Daniel posted a video as Ranveer arrived at the venue driving his Lamborghini Urus. Recording the clip, Daniel said, “This guy is mobbin.” As he approached Ranveer, the actor turned down the music volume inside his car and greeted him.

Daniel told Ranveer, “Your car is sick. What do you do for a living?” He replied, “I am an actor. And you are Daniel Mac.” A surprised Daniel then asked, “Oh you know it.” Ranveer asked him, “What are you doing in Mumbai?” to which he replied, “I’m here for Meta Creator Day.”

Ranveer welcomed Daniel with a hug and the latter said, “Nice to meet you, man.” He also screamed ‘D Mac in the house, Daniel Mac is in the house, we’re in Mumbai’ standing at the entrance of the venue. As Ranveer, walked inside after hugging Daniel again, he said, “Nice to meet you, bro. That’s probably the insane entrance of all time. Let’s go.”

Sharing the video, Daniel captioned the post, “The greatest entrance of all time @ranveersingh #metacreatorday.” Reacting to the post, Ranveer commented, “Ayyyyyy (heart eyes emoji).” Daniel wrote, “@ranveersingh in the house.” A fan said, “@ranveersingh this what called energy sir.” Another person commented, “@itsdanielmac you met a soon-to-be Indian legend if he ain’t one already! @ranveersingh crazy positive vibes man!”

For the event, Ranveer wore a pink T-shirt, matching jacket and pants. He also opted for pink shoes and quirky sunglasses. At the event, Ranveer performed his song Apna Time Aayega from Gully Boy. Ranveer also met Tanzanian internet sensation Kili Paul whom he hugged and they later grooved to a song together.