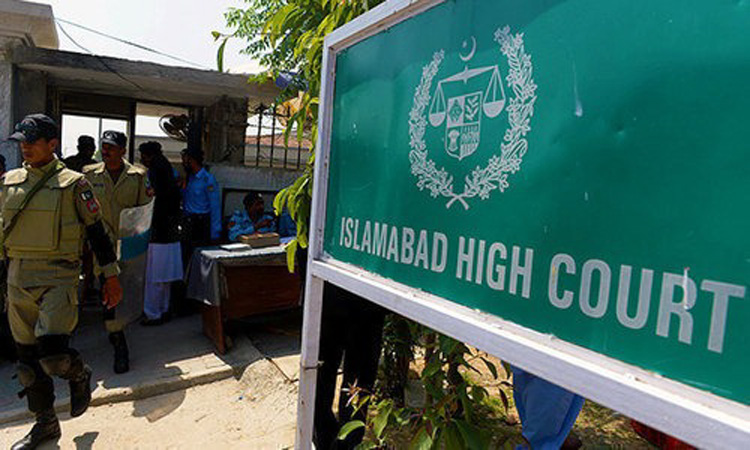 On Sunday, Imran’s counsel Advocate Babar Awan filed an application with the court seeking pre-arrest bail. Justice Mohsin Akhtar Kayani conducted an in-chamber hearing in which he approved Imran’s interim bail. The IHC also directed Imran to appear before the court concerned before Friday. In the plea, Imran said that a terrorism case was initially filed against him, however, the charges were later struck down by the high court and the case was transferred. He alleged that the coalition government had filed a false case against him, the purpose of which was to quash the peaceful movement against the “corruption mafia”. According to the plea, the purpose of the case was to arrest Imran in order to put an end to a “peaceful political movement. Speaking to the media outside the court, Awan said the IHC had granted the PTI chief “pre-arrest transitory protective bail”, adding “we will turn up at the lower court before Oct 7.” Awan said he appeared before Justice Kayani and raised a few “factual points” pertaining to the case. “I told him that we had already obtained bail in this case as well as the fact these charges can’t be imposed because they are non-cognisable offences,” he said.

The PTI chief’s counsel said whatever happened Saturday evening was “very dangerous” as the whole country stood up without any call. “This imported government must see Imran’s power.” He was of the view that lawyers, peasants, labourers, students, youth as well as the whole of Pakistan would take to the streets once the party leader gave the date for his long march. He said it would now be the PTI’s turn to file cases based on “truth and facts”, adding the government won’t be able to lodge cases anymore.