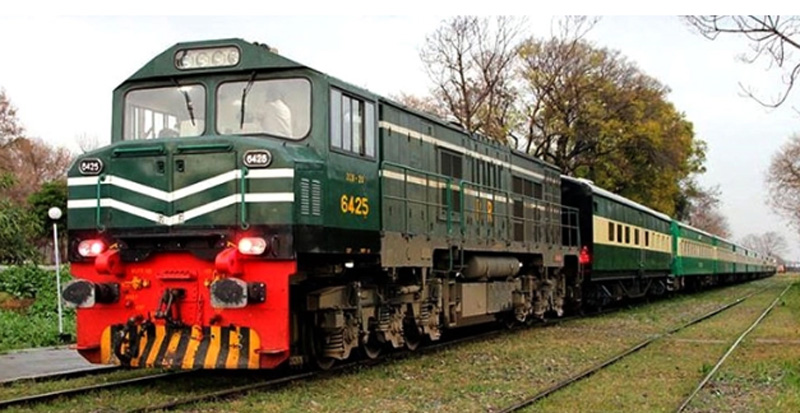 Pakistan Railways on Sunday resumed train operation from Karachi after a hiatus of several weeks due to devastating floods in the country albeit with increased fares.

The Railways resumed its train service when Rahman Baba Express left from Karachi for Peshawar on Sunday with a total of 15,000 passengers.

The decision to gradual restoration of the train service was taken at a meeting chaired by Federal Minister for Railways Khawaja Saad Rafique after reviewing reports on receding floodwaters from tracks and necessary repairs.

From October 05, Karakoram, Karachi Express, and Business Express will be run between Karachi and Lahore.

The service had been discontinued due to the devastation caused by monsoon rains and flash floods in recent months.

The passengers expressed a sigh of relief over train resumption. Abdur Rasool, a BZU student, stated that he was facing problems due to suspension of trains. He hoped that all trains will resume service soon. Hundreds of porters working at railway stations had been without work due to the suspension of the passenger train service between different cities caused by devastating floods since the last week of August. Around 30 to 50 porters work at small stations and roughly 200 at major stations; however, owing to the suspension of the train service, all of them has been struggling to make ends meet.

Successful restoration of trains operations will not only benefit passengers but also hundreds of porters working at Karachi, Hyderabad, Rohri and other stations. Pakistan Railways has also directed the concerned authorities to complete the ongoing survey of the affected installations on a war footing and speed up the rehabilitation process.

The technical and non-technical staff of the department was working in three shifts to restore the tracks once the flood water recedes.

Meanwhile, Pakistan Railways increases the trains fare due to inflation.