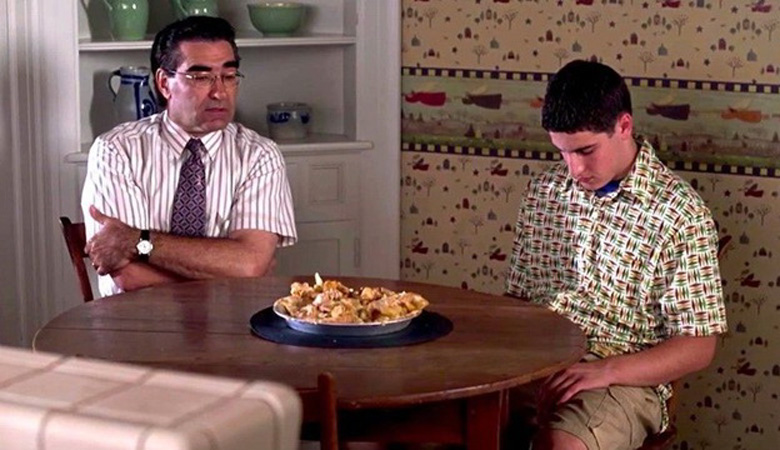 A fifth film in the American Pie franchise is in the works at Universal, and to be penned by filmmaker Sujata Day.

The first American Pie film was released in 1999, with a sequel following in 2001 before two spin-offs: American Wedding and American Reunion. According to The Hollywood Reporter, work on a long-rumoured fifth film in the series is now in progress, and is being written by Day for Universal 1440 Entertainment.

It adds that the story for the film is based on Day’s original script that was pitched, and promises a “fresh take” on the franchise.

“Obsessed with raunchy comedies and American Pie is one of my all time faves!” Day wrote on Twitter to confirm the news.

“So excited to be working on this movie.” Earlier this summer, American Pie star Jennifer Coolidge revealed that her role in the first film was responsible for her sleeping with 200 people. The actress – who’s currently promoting the second season of the HBO anthology series The White Lotus – credited her raunchy portrayal of Stifler’s Mom with “a lot of sexual attention.”

Premiering in 1999, American Pie marked Coolidge’s breakthrough role, playing a sultry mother who courts the attention of her teenage son’s friends. She later reprised the role in American Pie’s 2001 sequel, as well as its two spin-offs: American Wedding and American Reunion.

Back in 2018, co-star Tara Reid hinted that a fifth American Pie movie could be on the way, saying: “I met the directors recently at the Emmy party and I said, ‘Let’s do the fifth movie, the franchise needs another movie’. They replied, ‘It will happen! We’re going to make another!'”