Ameer Gilani opens up about his upcoming projects 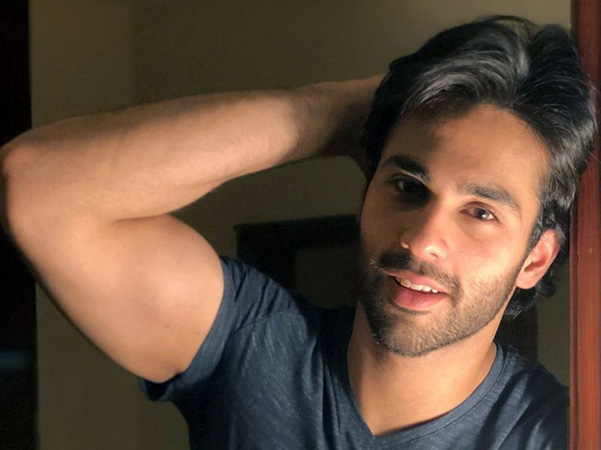 Ever since ‘Sabaat’ has ended, Ameer Gilani’s fans are anticipating his return on television screens. He began his career with the drama ‘Log Kia Kahengai’ in 2019 but gained immense popularity after his second serial ‘Sabaat’. He was highly praised for his character Hassan Fareed and his on-screen chemistry with Mawra Hocane. During these years Ameer chose to pursue further education and went to Harvard University for his Masters degree.

However, after a long wait, there’s exciting news for Ameer’s fans. Your favourite boy next door will be gracing the television screen again. There have been speculations of him working with Mawra and fans have been thrilled to see their on-screen pairing again. But now there’s more to look forward to as Ameer was spotted with Kinza Hashmi on a shoot. Social media’s buzzing with viewers trying to know if it’s an upcoming drama or ad. But it’s none of the two. Galaxy Lollywood exclusively spoke to Ameer Gilani about his upcoming projects.

It’s not a drama or an ad. It’s a music video. Talking about his experience working with Kinza for the first time, the actor said: “It was a light-hearted experience. Kinza is a sweet girl. I enjoyed the professional collaboration.” He confirmed that the music video will release soon.

However, fans shouldn’t be disheartened because they’ll see a lot more of him as he confirmed that the shoot of his drama with Mawra will “begin sometime in October”. The makers of ‘Sabaat’ are returning for this project as well. The drama is directed by Shahzad Kashmiri and written by Kashif Anwar.

Speaking about how he feels about collaborating with the entire team again, Ameer said: “I am extremely close to Shahzad Bhai and Kashif Bhai, they are like my elder brothers, and of course, Mawra is my closest friend. I’m really looking forward to working with them again. I believe we are all creatively in sync with one another so I hope that translates into something amazing and memorable again.”

The actor added that he hopes to be more active now, provided he connects with the script and the director’s vision. Ameer will be working on a project after two years, he expressed his emotions saying: “I have mixed emotions, to be honest, I am very nervous, anxious, excited, happy and scared all at the same time. I know that there has been a long gap since I went abroad to complete my Masters, so the viewers will anticipate something bigger and better than ‘Sabaat’. I have been selective post-Sabaat so I hope that I am able to do justice to the script, and my character and consequently solidify my place in the audience’s hearts.”

Proving to have so much potential in his first two dramas, it’ll be a treat to see Ameer Gilani back on screen after so long.