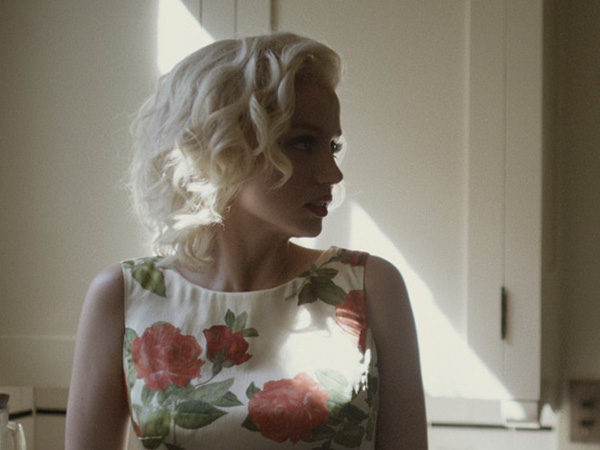 Andrew Dominik’s Blonde, the Marilyn Monroe biopic starring Ana de Armas as the screen legend, has been sparking strong reactions since it premiered at the Venice Film Festival on Sept. 8 and made its Netflix debut Sept. 28. Film critics have called the movie, which is based on Joyce Carol Oates’ 2000 novel of the same title, cruel and exploitative for its portrayal of Monroe’s life.

One thread of that criticism has been the way Blonde deals with abortion. The film depicts Monroe as having had two illegal abortions, which were imposed upon her against her will and which tormented her. Via photoreal CGI, the film portrays Monroe’s fetuses speaking to her. “You won’t hurt me this time, will you?” a fetus asks Monroe.

Arriving three months after the Supreme Court overturned Roe v. Wade, Blonde comes as many in the entertainment industry have been considering their own roles in the way abortion is understood by the public.

As far as abortion rights activists are concerned, Blonde is a step in the wrong direction. “As film and TV shapes many people’s understanding of sexual and reproductive health, it’s critical these depictions accurately portray women’s real decisions and experiences,” Caren Spruch, Planned Parenthood Federation of America’s national director of arts and entertainment engagement, tells The Hollywood Reporter. “While abortion is safe, essential health care, anti-abortion zealots have long contributed to abortion stigma by using medically inaccurate descriptions of fetuses and pregnancy. Andrew Dominik’s new film, Blonde, bolsters their message with a CGI-talking fetus, depicted to look like a fully formed baby.”

Spruch went on to say, “Planned Parenthood respects artistic license and freedom. However, false images only serve to reinforce misinformation and perpetuate stigma around sexual and reproductive health care. Every pregnancy outcome – especially abortion – should be portrayed sensitively, authentically and accurately in the media. We still have much work to do to ensure that everyone who has an abortion can see themselves onscreen. It is a shame that the creators of Blonde chose to contribute to anti-abortion propaganda and stigmatize people’s health care decisions instead.”

In an interview with The Wrap, Dominik said he doesn’t see the movie as anti-choice and that the perception of it as such stems in part from the timing of its release so soon after the overturn of Roe. “People are obviously concerned with losses of freedoms,” he said. “But, I mean, no one would have given a shit about that if I’d made the movie in 2008, and probably no one’s going to care about it in four years’ time. And the movie won’t have changed. It’s just what’s sort of going on.”