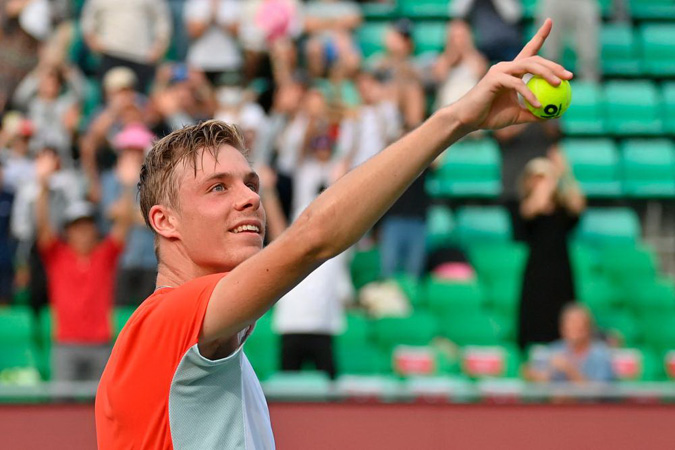 SEOUL: Fourth seed Denis Shapovalov will face Japan’s unseeded Yoshihito Nishioka in Sunday’s final of the Korea Open as the Canadian closes on the second title of his career. Shapovalov defeated eighth seed Jenson Brooksby of the United States 7-5, 6-4 on Saturday while Nishioka beat another American, Aleksandar Kovacevic, 6-3, 4-6, 6-3 in the other semi-final in Seoul. “Brooksby was definitely a tough opponent,” said Shapovalov, who rose to a career-high 10th in the world two years ago but is now ranked 24. “But I prepared for the match well and I had some practice time with him, which helped.” The 23-year-old Shapovalov’s only previous ATP title came in Stockholm in 2019. Shapovalov and Nishioka have faced each other once before, with the 56th-ranked Japanese winning in the round of 16 at the 2018 Shenzhen Open. Nishioka stunned world number two Casper Ruud of Norway in the quarter-finals.