The inflation rate eased to 23.2% in September 2022 due to the slow pace of increase in prices of non-food items but food inflation rose again on the back of surge in prices of perishable goods, the Pakistan Bureau of Statistics (PBS) reported on Saturday.

There was a significant rise in prices of perishable food items both in urban and rural areas. Tomatoes – an essential household item – became expensive by over 127% in September over the same month a year ago. A deterioration in trade ties between Pakistan and India since August 2019 has closed an important source of replenishing stocks at a time when certain agricultural products are in short supply due to catastrophic floods in Pakistan.

PBS on Saturday reported that the Consumer Price Index (CPI)-based inflation rate decelerated to 23.2% in September over the same month a year ago, marking a temporary pause after six months. PBS released the inflation bulletin a day after newly appointed Finance Minister Ishaq Dar announced a temporary pause in the increase in prices of petroleum products. The finance minister reduced prices of diesel and petrol by Rs12, respectively. Moreover, the government is still not charging sales tax on petroleum products.

On a month-on-month basis, prices went down by 1.2%. For the current fiscal year, the government has set the inflation target at 11.5%, which it has failed to meet since August when the reading shot up to a multi-decade high of 27.3%. The CPI-based inflation rate eased to 21.2% in urban areas, and decreased to 26.1% in villages and towns, according to the PBS.

The inflation rate remained in double digits due to an increase in prices of food items, which are now being imported by the government in order to mitigate the impact of the agricultural devastations caused by the flash floods. The pace of food inflation surged to 30.8% in cities and to 32.7% in villages and towns last month. Prices of non-perishable food items jumped significantly as people still awaited the government’s decision to reduce prices of cooking oil and wheat flour. The food group saw a 31.7% increase in prices in September 2022 compared to the same month a year ago. Prices of non-perishable food items soared nearly 28.76%, compared to September 2021 according to the PBS.

Non-food inflation rate decelerated to 15.2% in urban areas and 20.1% in rural areas last month, according to the national data collecting agency. Core inflation – calculated after excluding food and energy goods – accelerated to 14.4% in urban areas, and surged to 17.6% in rural areas, according to the PBS. PBS stated that prices of various types of ghee and cooking oil were higher by up to 70% last month compared to a year ago. The inflation rate for masoor pulse was over 79%, vegetables 67%, eggs 35% and milk 28%. However, sugar and spices prices fell by around 20% last month. The inflation rate for liquefied hydrocarbons went up nearly 54% and motor fuel was almost 87% more expensive last month compared to a year ago. The average inflation during the first three months (July-September) remained in double digits and stood at 25.11% – far higher than 8.58% in the first quarter of the previous fiscal year 2021-22. 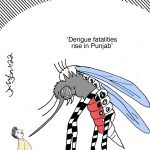 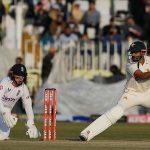