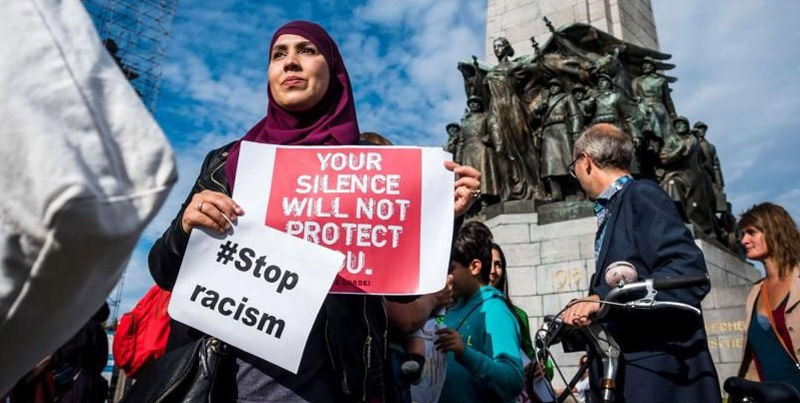 The apparent unwillingness of social media tech-giants to permanently remove the conspiracist and racist online content on different platforms that are whipping up hatred against Muslims and their faith, has been creating inexplicable problems for the community worldwide. It was also casting a chilling effect and prevented the Muslim people from exercising their freedom of religion and speech online, the Center for Countering Digital Hate (CCDH) in its report said. The big tech’s continued failure to act on anti-Muslim hate created an ecosystem that restricted freedom of expression and pushes marginalized people off their platforms, all while allowing white supremacist, extremist, and hateful content to thrive and provide their shareholders with record profits, the report said.

The CCDH is a US nonprofit corporation headquartered in Washington DC, and CCDH UK is a UK nonprofit company headquartered in London. According to different reports, Twitter, Google and Meta launched special efforts as part of a “shared commitment to counter hateful conduct online, however, they failed to control these materials. Twitter failed to remove about 3.8 million anti-Muslim tweets (posted between Aug 19 and Aug 21) as it could only remove 15% of the tweets (0.57 million were taken down out of the total one). The popular microblogging platform is fast becoming a primary source for the proliferation of anti-hate content against Muslims and their faith.

Users from the three countries including India generated 86 percent of malicious online content in the last few years that led to physical attacks on Muslims and mosques across the globe, a study by Asian Peace said. Now approximately 55.12% of anti-Muslim hatred tweets originated by the Indian social media activists. Researchers have identified several key themes churned out from three countries which included the association of Islam with terrorism, depiction of Muslims as perpetrators of sexual violence, and declaring “halal” as an inhumane practice that typifies the so-called “barbarity” of Islam. On the other hand, the UN had strongly encouraged the international community to “take all necessary measures” to combat discrimination against Muslims while warning that anti-Muslim hatred has reached “epidemic proportions.”

In this connection, the UN had declared Anti-Islamophobia Day on March 15 due to the efforts of Pakistan which was a laudable step however, more desired to be done by the world and technological companies to stem surge of such trends worldwide. As per study by the Islamic Council of Victoria, Australia (ICV), a body representing Muslims in the state of Victoria with an estimated 270,000 Muslims as its member, found in its report that nearly four million anti-Muslim posts made during a 24-month period between 2017 and 2019. In its report, ICV said that more causes for rise of such social media trends included the war on terror, media reporting, and right-wing groups and politicians across the globe, not just in the western countries but in places such as Myanmar and India, that spread false and malicious rhetoric to whip up anti-Muslim sentiment.

The social media giants had stated that they would be resolute in their commitment to ensure they were doing all they could to fight the hatred and extremism that lead to violence. “Once again, their press releases prove to be nothing more than empty promises,” the report said. The CCDH researchers reported 530 posts that contain disturbing, bigoted and dehumanizing content that target Muslims through racist caricatures, conspiracies and false claims. These posts were viewed at least 25 million times. Many of the abusive content was easily identifiable, and yet there was still inaction, it said. Stating that Instagram, TikTok and Twitter allow users to use hashtags such as #deathtoislam, #islamiscancer, the report further said content spread using the hashtags received at least 1.3 million impressions.

The report, ‘Islamophobia in the Digital Age’, said that in the US, though, Islamophobia has long been a problem, one that “was dramatically exacerbated by the racist, conspiratorial and inflammatory rhetoric employed by Donald Trump. As for the UK, the prevalence of anti-Muslim tweets was attributed to a multitude of factors, including the global reach of Trump’s hatred, the country’s longstanding issues with the anti-migrant sentiment, and the casual racism of former prime minister Boris Johnson, the report wrote. The 2019 Christchurch Mosque attack and other such like incidents across the globe were all illustrative of this vicious cycle. The incidents of anti-Muslim abuse spiked upwards by a staggering 1300 % in New Zealand, 600 % in the UK.