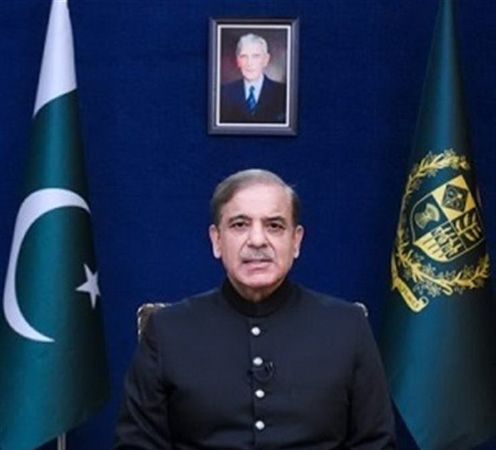 Prime Minister Shehbaz Sharif on Saturday congratulated China on its National Day, and said that the “peaceful rise of China as the second largest economy” and global power was a source of stability in a perpetually changing world.

The premier took to his official Twitter handle to extend “heartiest greetings” to his Chinese counterpart Li Keqiang, President Xi Jinping, and the people of China.

PM Shehbaz maintained that China offered a “promise of hope to the developing world” which was “beset by multiple crises” of climate, finance, food, and energy. “The Chinese template of inter-state relations prioritizes cooperation over confrontation and is the governing principle in the formation of a community of common destiny,” he stated.

The premier further said that he was “deeply touched” by the nation’s adherence to remarkable work ethic and discipline, which explained, “how China has been able to lift 800 million people out of acute poverty”. Addressing the people of Pakistan, the prime minister stressed that “at this stage in our national life, work, work and work alone can lift us out of crises,” as exemplified by China. Meanwhile, Prime Minister Shehbaz Sharif expressed grief over the death of former world-renowned Japanese wrestler Antonio Inoki.

On his Twitter handle, the prime minister recollected his memory of a meeting with the late wrestler in Lahore some 10 years back.

The prime minister also tagged a photograph of the same event with his tweet.

Expressing his condolences with the bereaved family and the Japanese people, the prime minister observed that late Inoki had mesmerized the whole generation of his time with his unique wrestling skills. “Sad to learn about the passing of legendary Japanese wrestler Antonio Inoki. I have a vivid memory of meeting him at a stadium in Lahore 10 years ago. He mesmerized a whole generation with his rare wrestling prowess. My condolences are with his family and Japanese people,” the prime minister said.

According to Japanese media, Antonio Inoki, whose real name was Kanji Inoki, had been a world famed professional wrestler who rose to prominence when he took on world boxing champion Muhammad Ali in 1976. He died of heart failure on Saturday.