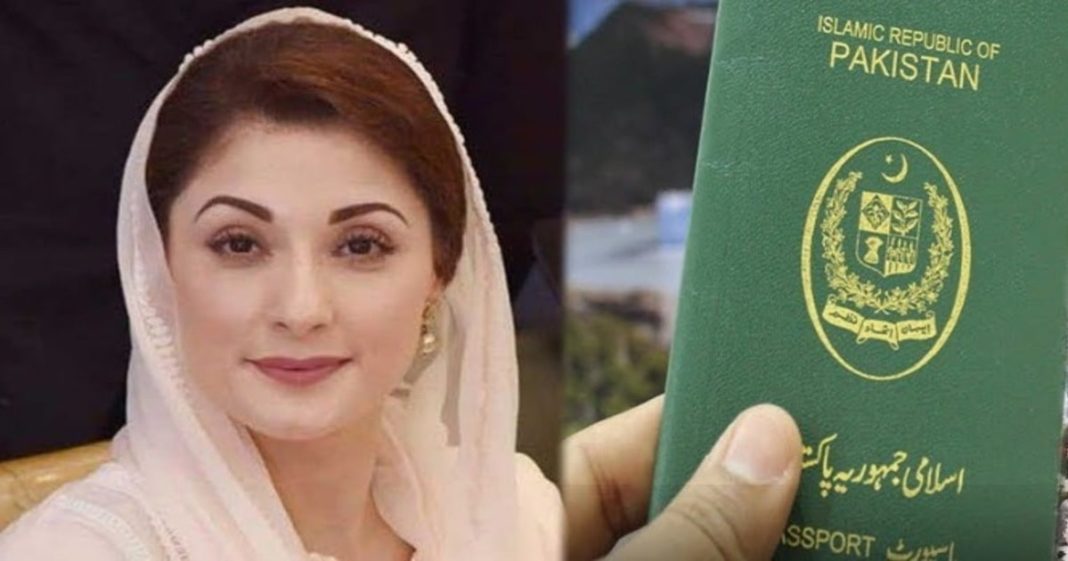 LHC to hear Maryam’s plea for passport recovery on Oct 3.

The Lahore High Court (LHC) has scheduled a hearing for the case that PML-N Vice President Maryam Nawaz filed to have her passport returned.

The LHC registrar’s office on Saturday released the cause list including the hearing of Maryam’s petition.

In order to represent the petitioner, attorney Muhammad Amjad Pervaiz will appear before the court.

However, Maryam Nawaz filed her petition for passport recovery in the high court on Sept 7, 2022.

On the court order, the NAB had submitted its reply in the case.

In her miscellaneous petition, Maryam stated that the bureau had confiscated her passport in the Ch Sugar Mills case. She stated that after a passage of four years, no reference even had been filed adding that confiscating the passport of a citizen is a violation of basic constitutional rights.

She claimed that she had no intention of fleeing the country as she had returned to Pakistan leaving her mother a deathbed abroad. She further stated that NAB law does not stop anyone from travelling abroad.

Maryam Nawaz continued that she had deposited Rs700 million as security and she got bail in the case on merit. She requested the court to order the deputy registrar judicial to return her passport.