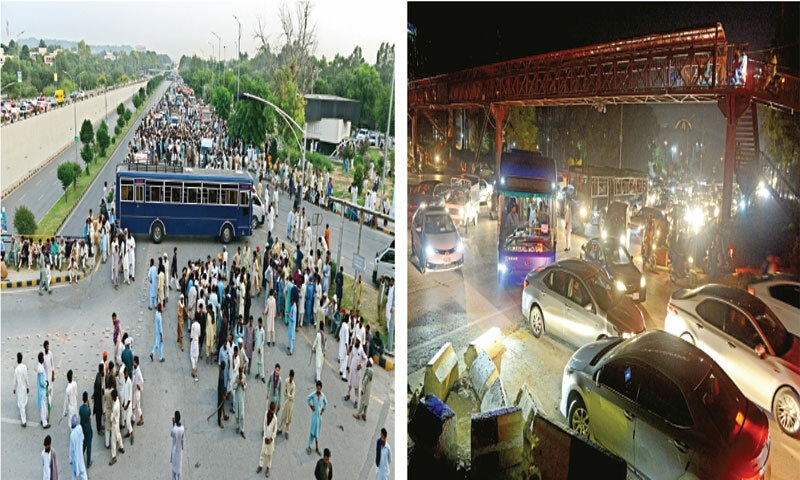 If the government does not comply with the demands of the farmers, they may march to D Chowk.

On the third day of the impasse, no progress has been made in the talks between the federal administration and the farmers who are in protest.

The government’s fourth attempt to persuade the farmers in Islamabad to abandon their sit-in failed once more because they remain persistent.

On Friday, tens of thousands of farmers from all around the nation participated in a large demonstration against the rising prices of fertiliser and power, which have significantly reduced their revenue.

Kisan Ittihad Union, their representative group, gave the government a deadline of tomorrow at 11 a.m. (Oct 01, 2022).

Kisan Ittihad Union Chairman Khalid Butt stated, “I have taken time from Kisan tonight,” and added that the farmers will go and commit suicide in front of the Parliament Building the next day.

The farmers, who came from all around Punjab province, according to officials, demanded the reinstatement of the original tube-well energy cost of Rs 5.3 per unit and the elimination of all taxes and modifications. Additionally, they want to stop the sale of fertiliser on the illegal market and lower the 400% urea rate. Additionally, they called for higher pricing for sugarcane and wheat.

The government of Rana Sanaullah, the interior minister, and the leaders of the farmers undertook discussions but were unable to break the impasse.

The farmer requested that the government delay the payments and change the power tariff. They also sought lower electricity costs.

In front of the parliament building, the farmers have threatened to go to D-Chowk.