‘Joyland’ is Pakistan’s entry for Oscars 2023 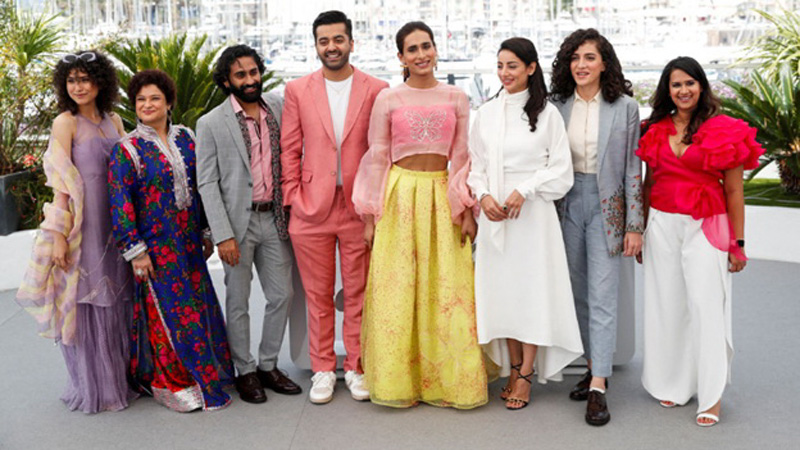 After much deliberation, Pakistan’s Oscars Selection Committee has shortlisted Joyland as the country’s submission to the 95th Academy Awards for the ‘International Feature Film Award’ category, stated a press release.

The Academy of Motion Picture Arts and Sciences will choose the final nominees for all award categories including International Feature Film in December 2022. The complete and final list of Oscar nominees will be announced on January 24, 2023, with the presentation show for the 95th Academy Awards scheduled to take place on March 12, 2023.

“We are delighted to be able to send one of our best to compete at the Academy Awards this year. Joyland gives us hope that Pakistani cinema is finally leaving a mark on the world stage. This may just be the year we get noticed! Congratulations to the entire filmmaking team.” said Pakistan Oscar Committee chair, Sharmeen Obaid-Chinoy.

Speaking about the selection of his recent offering, writer and director Saim Sadiq has said, “I am humbled, thankful, and excited about this immense honor to represent Pakistan at the Oscars with a film that I truly believe is an honest and compassionate representation of who we are as people. I hope that the joys and sorrows of these characters foster empathy amongst the viewers in Pakistan and abroad. In the coming months, we will need many duas and good wishes from our people for the road ahead.”

The director went on to add, “We always complain about how – despite the presence of many great artists in all fields – Pakistani art has remained grossly underrepresented in the world. This year, however, has been different already. So, I’ll take this moment to feel hopeful. With my gratitude to the selection committee, I wish the best of luck to Joyland and to Pakistan!”

Joyland beat several power-packed entries, including Close by Belgian director Lukas Dhont and Tchaikovsky’s Wife by Kirill Serebrennikov. Both were hot contenders for the Cannes Festival’s top Palme d’Or award. Joyland had left the Cannes audiences slack-jawed too, receiving roughly an over 10-minute standing ovation from the opening night’s crowd.

The award-winning film is set to release in Pakistan on November 18.

The film will mark the ninth submission by the Pakistani Academy Selection Committee having previously submitted Zinda Bhaag in 2013, Dukhtar in 2014, MOOR in 2015, Mah-e-Mir in 2016, Saawan in 2017, Cake in 2018, Lal Kabootar in 2019 and Zindagi Tamasha in 2020 to represent the best of Pakistani cinema for award consideration in the International Feature Film category.