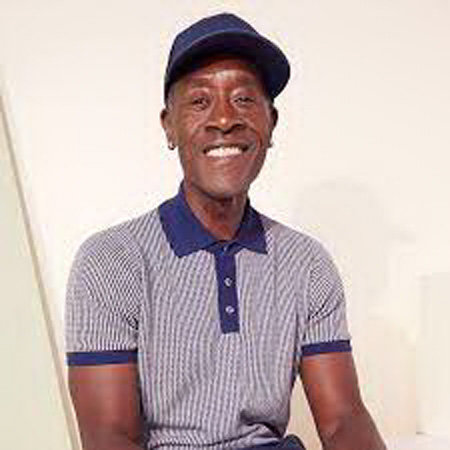 War Machine is heading back to the big screen. Armor Wars, starring Don Cheadle as Colonel James Rhodes (a.k.a. War Machine), is transitioning from a Disney+ series to a feature film, per The Hollywood Reporter.

According to the outlet, Marvel Studios is committed to “getting the story told the right way and in that process realized that a feature was better suited for the project.”

Yassir Lester, who was working as head writer on the series and best known for his work on shows like Showtime’s Black Monday and Apple TV+ Loot, will continue as the film’s screenwriter.

According to Disney+, Armor Wars was set to show Rhodes (a.k.a. Rhodey) “in a whole new light, and considering the title of the series, audiences can look forward to all-new suits for the hero, featuring different types of armor. ”

Now we’ll just have to wait a little bit longer to see those new suits in theaters.

The highly-anticipated series debuted its first trailer at the D23 expo on Sept. 10.

“In the trailer, you see that [Rhodes] got to confront Nick [Fury.],” Cheadle told Variety. “He and Fury are gonna go at it throughout this show, as far as what they need to do, given what’s happened on this planet at this point. It’s kind of a thriller and a different kind of show than you usually see in the MCU, which is great that we can continue to keep changing it up and switching it up. It’s lots of fun.”

Marvel had been aiming to begin production on Armor Wars at the start of 2023, according to THR, but those plans are now on hold.