If it makes you happy, I’ll pose while doing charity: Mahira Khan claps back at trolls 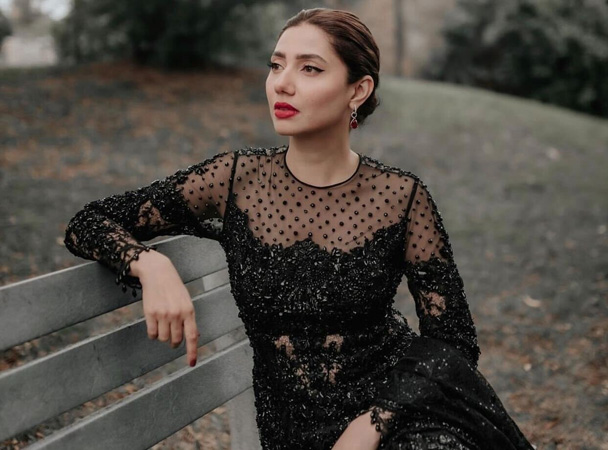 Mahira Khan has never been the one to call out a troll. The actor, who has often been criticised over petty issues, has always kept a dignified stance on cyberbullying. Even when several stars clapped back on the recent lamenting about artists flying to Canada for a recent award show, Mahira kept her head down and attended the fundraiser and the award show, whose earnings were pledged to the flood victims.

However, when a tweep shared an unwarranted take on how actors have desensitised over the ongoing catastrophe in the county, the Verna star addressed the said opinion.

“You know what’s pathetic,” the user quote tweeted a video Mahira had recently posted on Instagram where she could be seen arriving for the HUM Award as she interacts with the awaiting fans. “Pakistani TV drama stars pretending to be international celebrities on some shabby little red carpet in some corner of suburban Toronto Oh and “award show” in which HumTV productions get awards. Like seriously, what the hell?”

Another Twitter user shared an ill-informed opinion of how the actor had worn the same Nomi Ansari ensemble in four colours on the same night. To this, the original poster responded, “I am sure she will donate all four dresses to flood victims and everything will be okay.”

Mahira then replied, “It’s never ok for us – the artists of your country!” She added, “I have and will continue to do my part. If it makes you happy, I can take some pictures while at it. Oh but then it’ll be – showing off doing charity. The unkind commentary never ends. You do you. I will do me.”

Mahira’s response was met with praises. Mira Sethi, while concurring with the Humsafar actor, tweeted, “I’m with Mahira on this. I was in Balochistan doing relief work and tremblingly shared photos for fear of “showing off doing good deeds.” I know Mahira and Mashion have been raising funds for flood affectees – she just hasn’t advertised it.” Many other users, too, agreed with Mahira.