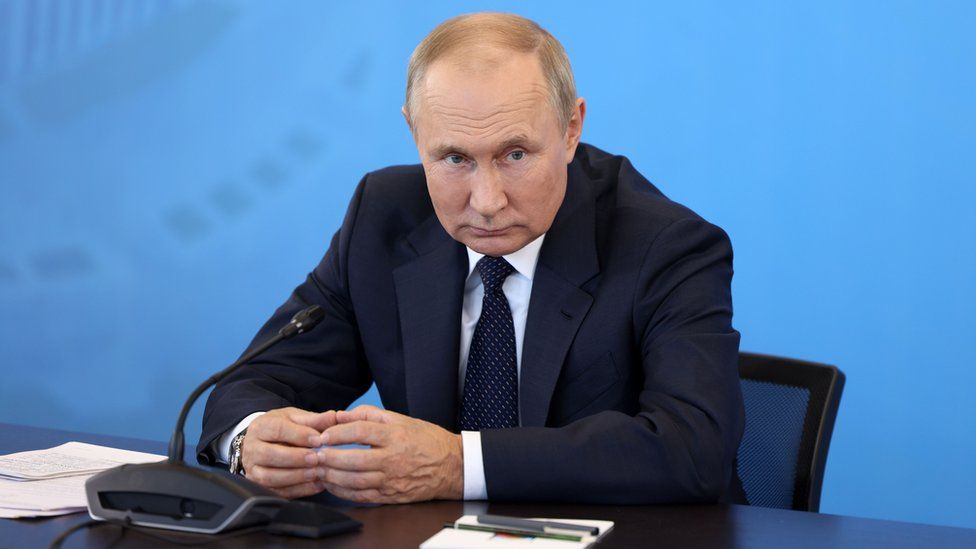 Russian President Vladimir Putin has declared “independence” of the Ukrainian regions of Zaporizhzhya and Kherson as Russia prepares to formally declare annexation of Ukrainian territory in a major escalation of its seven-month invasion.

“I order the recognition of state sovereignty and independence” of Zaporizhzhya and Kherson in southern Ukraine, Putin said in presidential decrees issued last Thursday.

The two regions, along with the self-proclaimed republics of Donetsk and Luhansk, will be incorporated into Russia in a lavish ceremony in the Kremlin on Friday, following hastily organized referendums in the Russian-occupied regions, which have claimed a 99% majority in favor of joining. Russia. Putin acknowledged Donetsk and Luhansk’s “independence” in February.

The ceremony – eight years after Russia took Crimea from Ukraine after an invasion and a similar vote – will take place at 15:00 local time (12:00 GMT) in the Georgievsky Hall with columns of the Grand Kremlin Palace, which features marble plaques engraved in gold to commemorate the Russian military heroes.

In unusually strong language, UN Secretary-General Antonio Guterres told reporters in New York that the annexation of Russia would violate the UN Charter and would have “no legal force”.
Guterres described Russia’s move as “a dangerous escalation” of the conflict that began on February 24 and “has no place in the modern world.”

The United Nations Security Council, over which Russia has a veto, will meet with the United States and Albania on Friday to work on a draft resolution condemning the annexation. US President Joe Biden reiterated Thursday that the US would never recognize Russia’s claims on Ukrainian territory.

“The results were produced in Moscow,” Biden said of the referendum. Turkish President Tayyip Erdogan also urged Putin to take measures to ease tensions in Ukraine. Ukraine launched a major counteroffensive this month that pushed Russia out of the northeastern region of Kharkiv. It is also progressing in the south, at the gates of Lyman in the Donetsk region.

Russia controls only about 60% of Donetsk and 70% of Zaporizhia, where fighting rages near Europe’s largest nuclear power plant.
The sudden annexations mean the front lines will now run through areas Russia claims as its own and which Putin has said he is ready to defend with nuclear weapons if necessary.

#Putin: “We are witnessing a difficult process of forming a more just world order. This is accompanied by well-known, underlying problems. The unipolar #hegemony is inexorably collapsing, this is an objective reality that the West categorically does not want to put up with” pic.twitter.com/BiZlGiS1t4