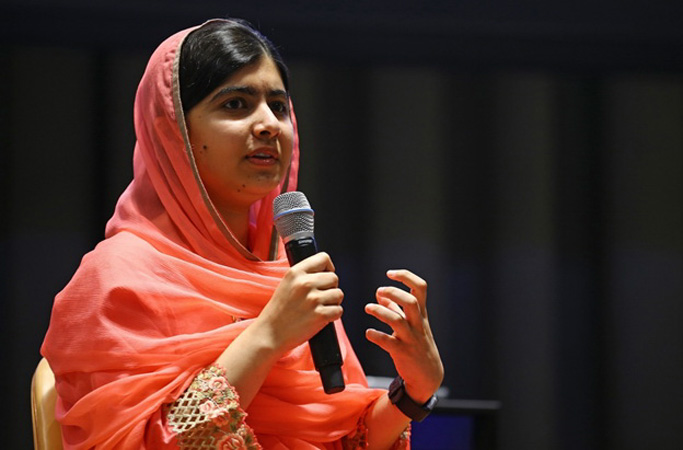 “Abbott Elementary” creator Quinta Brunson presented Yousafzai with her Variety honour, calling her one of “the most influential advocates of our time,” reports Variety.

Yousafzai, who remains the youngest Nobel Laureate in history, recently revealed the first slate of projects out of her production company Extracurricular. The outfit, which is headed by Yousafzai and her head of production Erika Kennair, struck a multi-year programming deal with Apple TV+ last year.

At the heart of her first projects is a rich diversity that reflects Yousafzai’s resolve to tell representative stories that haven’t always had a place in Hollywood. “I learned that Asian people like me make up less than 4 per cent of leads in Hollywood films. Muslims are 25 per cent of the population, but only 1 per cent of characters in popular TV series,” Yousafzai underscored at the Power of Women dinner.

Among her first projects are a feature documentary about South Korea’s matriarchal Haenyeo society of elderly fisherwomen, currently in production; a scripted series based on Asha Lemmie’s coming-of-age novel ‘Fifty Words for Rain’, about a woman’s search for acceptance in post-World War II Japan; and a feature film with Don’t Look Up’ director Adam McKay and his production company, Hyperobject, based on Elaine Hsieh Chou’s book ‘Disorientation’ — a satire about a college student’s revealing dissertation about a young poet.

The program is timely, with Yousafzai having cited a new data from a recent USC Annenberg Inclusion Initiative during her speech.

“I know that the executives have passed on dozens of quality, equally amazing projects because they thought that the characters or their creators were too young, too Brown, too foreign, too poor,” she remarked. “Sometimes it feels like they’re saying we just don’t belong here.”

Speaking at Variety’s event, Yousafzai spoke about the formative experience at 11 years old that set her on a path toward activism, pushing to champion creative perspectives from diverse and underrepresented backgrounds in the entertainment industry.

“I know the tale of having a dream and being told to forget it,” Yousafzai said. “Today, I am a storyteller, activist and producer.” Yousafzai, along with Hillary Clinton and Chelsea Clinton, Elizabeth Olsen, Oprah Winfrey and Ava DuVernay, are honorees at this year’s Power of Women event in Los Angeles.